Just looking at the word kind of stresses you out, doesn’t it? This wonderful poster shows exactly how stress is triggered and what happens from there. Some stress is a good thing, it helps you to stay alive in a crisis, but most of day to day life is not filled with physical crisis, although much of it is filled with stress. Also, important point, stress HURTS! Studies show that having more stress leads to increased pain and perception of pain. Be good to your body, it’s the only one you get.

Before you think I am going to tell you that you will be whisked away to a tropical island paradise with a handsome stranger, look at this poster, it shows how many illnesses and diseases can be seen, right here, in the palm of your hand. If you think your hands look weird, this guide can show you what it might be, or set your mind at ease. If you see any signs like this, make a Dr. appointment right away.

I’m not saying you’re cranky or anything. If I had known, as a child, how much I would love naps so much I would not have fought them so hard. I was looking at this awesome poster about the benefits of getting enough sleep, and the risks of not getting enough. Did you know driving while too tired will give you the same effect as drinking and driving? Keep our roads safe, protect your own health, protect your waistline, grab a blanket, and go take a nap!

I was reading an article about cardiovascular health when I saw this poster. According to a study at Ohio State University eating an apple a day for four weeks significantly reduced the amount of LDL in the bloodstream. Apples are ripe, fresh, beautiful, and delicious this time of year. Use this great poster to pick your favorite, better yet, mix and match for a variety of tastes and colors in one large bowl. I cut mine with an apple corer/slicer and sprinkle it with cinnamon for a double health punch that is decadent in its deliciousness. Eat one, share one, every day.

A Soda a Day Raises Chronic Heart Disease Risk by 20%!
Sugary drinks and sodas are associated with 20% increased risk of coronary heart disease (CHD) as well as some adverse changes in lipids, inflammatory factors, and leptin, according to a new study in Children’s Hospital Boston, MA.

Consuming 1.5 ounces of unseasoned nuts daily as part of a healthy diet may reduce the risk of heart disease. Many varieties improve artery linings and lower LDL cholesterol and are loaded with healthy facts and other beneficial nutrients. About 1 in 3 adults in the United States has high blood pressure. The main cause of this condition is poor nutrition. Often high blood pressure has no signs or symptoms and therefore it’s often ignored. One may have it for years without knowing it. Unfortunately, during this period, the silent HBP may damage cardiovascular system (heart and blood vessels), kidneys, and other organs.

In this chart you can see the categories of blood pressure levels. Remember to always monitor your blood pressure, even if it is normal.

In the early stages of diabetes, when patients feel fine, they often ignore diabetes. But the future complications of diabetes are starting to build up since those early days. The main complications affect kidneys, heart, blood vessels, eyes and nerves. Controlling the blood sugar levels is the main step in prevention or delay of these complications. Healthy eating and change in lifestyle have a huge role in the control of blood sugar levels. Healthy eating consists of the following:

No sugary foods and drinks
No salty foods
Eating smaller portions, spread out over the day
Being conscious about the amount of carbohydrates you eat
Eating a variety of whole-grain foods, fruits and vegetables every day
Eating less fatty foods
Limiting your use of alcohol

Did you know that Coronary Heart Disease is the leading cause of death for both men and women in the United States? For every 10,000 people, an estimated 200 pass away from this common heart disease. The conditions of atherosclerosis and coronary thrombosis are together known as coronary heart disease (CHD). Atherosclerosis is a degenerative disease of the large and medium sized arteries, where the growth of wall tissue and accumulation of cholesterol cause the artery wall to bulge inwards — thus preventing blood flow. The atherosclerotic arteries tend to form blood clots, which in turn is called thrombosis. These blood clots prevent cells in the artery walls from contracting, thus causing myocardial infarction —also known as a heart attack. 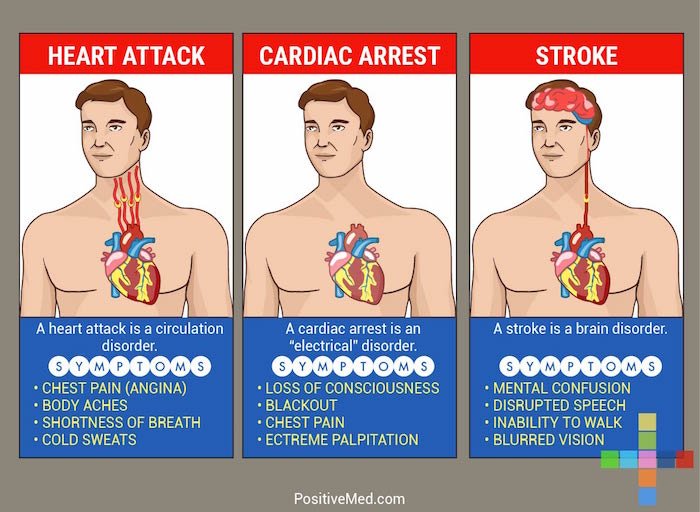 Much research has been done to attempt to identify factors that increase the risk of CHD. The following factors all increase the statistical risk:
– Increasing age
– Being male rather than female
– Having a family history of CHD
– Obesity
– Physical inactivity
– High blood pressure
– Tobacco smoking

More equivocally is the effect of diet; there is much evidence for dietary factors increasing the risk of CHD. This is why it’s so important to eat healthy! Trans-fat, saturated fat intake, and cholesterol intake have all been positively correlated with CHD. Trans fats can be found in prepackaged foods like cookies, crackers, and potato chips, as well as fried foods like French fries and doughnuts. Saturated fats can be found in butter, oils, shortening, and the fat in some meat products. In turn, trans fats and saturated fats raise blood cholesterol levels. The easiest preventive measures you can take are to exercise regularly and maintain a balanced diet. Why become another statistic?

The heart consists of 4 chambers (2 ventricles and 2 atriums) and 4 valves. The proper circulation of blood is essential. In this video by Children’s Hospital of Philadelphia you can learn more about the blood flow through the heart valves:

Blood flow through the cardiac valves:

Do things that make your heart beat faster.

This is not only a good life advice, but this is also good for your heart.

According to CDC, people who should limit their sodium to 1,500 mg a day are:
People who are 51 years or older
African Americans
People with high blood pressure
People with diabetes
People with chronic kidney disease A new Taiwanese study, published in The American Journal of Medicine, suggests that adults who have good dental hygiene have lower risk of heart disease. Most of the gum diseases are caused by bacterial infection. These infections may cause inflammation in blood vessels and eventually increase the risk of heart disease.

Source: The American Journal of Medicine

Having almonds in your diet as snack may help to fight against diabetes and heart disease:
Almonds help to increase insulin sensitivity in people with higher risk of diabetes.
Also almonds may decrease the levels of LDL (bad cholesterol) in the blood. Spicy foods, such as those foods you may have tried in Indian, Mexican or Korean restaurants, infused with curry and different peppers, have been shown to fight heart disease — the number one cause of death in the western world. Capsaicin, the compound that is responsible for the hot taste of spicy foods has been determined to be key in bolstering the protective qualities of the heart. Interestingly, this ingredient of spicy foods, affects both ‘good’ and ‘bad’ cholesterol as well as the health of blood vessels.

Some studies such as a new study in Hong Kong indicated that spicy compounds reduce the levels of ‘bad’ cholesterol through a process of increasing the breakdown and excretion of cholesterol. Also, the capsaicin compounds relax the heart wall’s muscles and increase the heart’s blood flow.

This video summarizes some benefits of spicy food from helping in cold and flu to fighting some types of cancer, and even helping digestion.

Various studies suggest there is a link between drinking soda and heart disease. The latest study from Harvard School of Public Health suggest that sodas are associated with 20% increased risk of coronary heart disease (CHD) as well as some adverse changes in lipids, inflammatory factors, and leptin.