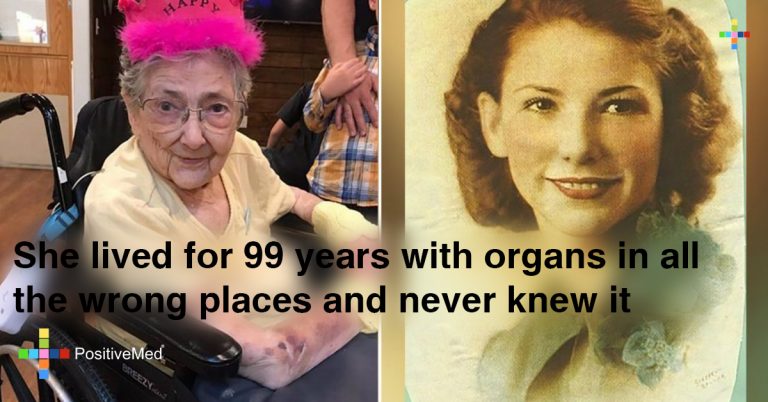 On a spring day in 2018, a group of medical students at Portland’s Oregon Health and Science University began preparing a cadaver for what they thought would be a routine dissection to help them learn anatomy. The cadaver was a 99-year-old woman named Rose Marie Bentley who had lived her whole life with organs in all the wrong places—and never knew it.

The students quickly discovered there was something extremely odd about their cadaver. Their assignment was to open the chest cavity and examine the heart. After doing so, they discovered that they couldn’t find the inferior vena cava, a large vein that normally comes directly out of the right side of the heart. When they called the skeptical professors over for help, the professors found that Bentley’s vein was on the left side of her body and had traveled up through her diaphragm, along her chest vertebrae and then curved over the aortic arch and into her heart’s right side. None of this was normal.

As the students and their equally bewildered professors continued working on Bentley, they found that many of her veins were either missing or misplaced. The right atrium of her heart was twice its normal size, and her right lung had only two lobes rather than the usual three. Her stomach was on the right side of the body instead of the left, and her liver was on the left rather than the right. Bentley’s entire digestive tract was also inverted.

Bentley had been born with a rare condition called “situs inversus with levocardia” that occurs in about one of 22,000 births. The mutations that cause the condition to occur early during an embryo’s development, probably during the first or second month.

The Italian anatomist Marco Severino had first described the condition in 1643. A century later, Matthew Baille, a Scottish physician, gave the condition its name. “Situs” is Latin for “location,” while “versus” means “inverted.” Like the medical students in Portland, Baille had also examined the cadaver of a seemingly healthy and normal person and was equally stunned by his findings.

A person who has situs inversus with levocardia has wrong place organs that are inverted as if they were mirror images of themselves. Bentley’s extreme longevity made her case even more extraordinary, for over 87 percent of patients die before their fifth year from the severe heart defects that usually accompany the disorder. One of the professors who examined Bentley described her as “one in fifty million” because she did not have heart defects.

Bentley’s healthy heart enabled her to live a full and active life. She served as a volunteer nurse during World War II and got married and had five children. Her main health complaint was chronic heartburn. The first hint of her bizarre anatomy with its wrong place organs occurred when she underwent an appendectomy. The surgeon noted Bentley’s appendix had been in the wrong place. Later on, she underwent a hysterectomy and gallbladder removal with no recorded issues.

Bentley had planned to be an organ donor. Instead, she had made medical history by being the longest-lived person with situs inversus with levocardia.