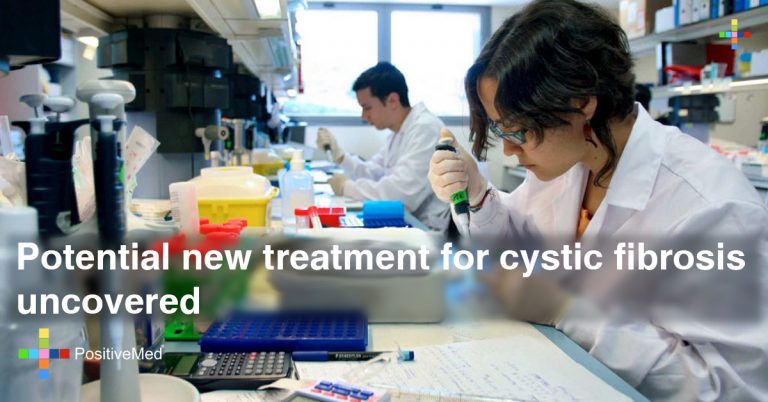 Cystic fibrosis (CF) is an inherited condition that affects the secretory glands in the body. Secretory glands produce sweat and mucus. While these secretions are usually slippery and thin, they are thick and sticky in people who have CF. Thick mucus blocks the passages, tubes, and ducts in the bodies of people with CF, especially in the digestive system and lungs. As a result, people with CF often have respiratory symptoms, lung infections, and digestive issues.

Treatment for cystic fibrosis allows individuals with the disease to live longer lives than in decades past, but there is currently no cure for CF. However, new research indicates that there may be a medication that can both treat and stop the progression of the disease.

CF occurs as a result of a mutation in the DNA of a protein known as cystic fibrosis transmembrane conductance regulator (CFTR). According to Medical News Today, CFTR regulates the chloride channel in the body which is responsible for maintaining the balance between water and salt in the lungs.

In people with CF, the mutation, known as p.Phe508del, causes the CFTR protein to degrade too early, resulting in poor chloride absorbability and inflammation in the lungs.

In a study conducted by researchers at George Washington University, the University of Perugia, and the University of Rome (both of which are located in Italy), the effects of Ta1 were examined in mice with cystic fibrosis as well as on defective human cells from people with CF. Ta1 is a synthetic form of a naturally-occurring peptide, which was initially isolated from the thymus. The results of the study, published in Nature Medicine, showed that Ta1 corrects the numerous tissue defects in the small intestines and lungs of mice with CF and the CFTR maturation in cells from people with CF, according to Science Daily.

The study indicates that Ta1 effectively reduces the inflammation associated with CF and improves CFTR stability, maturation, and activity. Based on these results, Ta1 has the potential to not only treat CF but to stop its progression as well.

Ta1 is currently known on the market as Zadaxin. Zadaxin has been approved for use in 35 countries for 15 years. The medication is used in the treatment of immunodeficiency disorders, viral infections, and HIV.

This medication has not yet been approved in the United States. However, the researchers indicate that Zadaxin has an excellent safety profile, and it does not have the side effects or toxicities often seen with other immunomodulatory drugs.

CF is a genetic condition that causes the body to produce thick and sticky instead of thin and slimy mucus. The lungs and digestive systems are most often affected, but the disease can affect other organs in the body as well. While treatment for cystic fibrosis can help people live longer and better quality lives than in decades past, there is still no cure for the disease. This promising new research gives hope for a new CF treatment that is not only effective at treating the disease but also stops its progression