PositiveMed The Positive Side of Medicine
Home CoronaVirus 5G Networks Are 5G And EMF Radiation Damaging To Your Health? 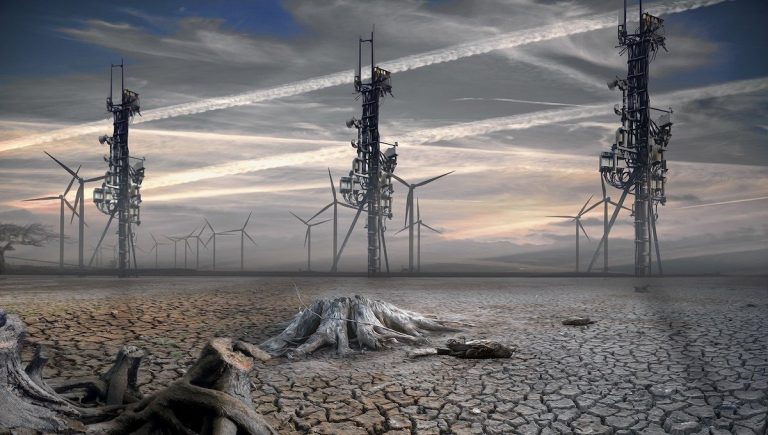 What do we want from the Internet nowadays? We surely don’t want it to do us any harm. We desire speed, convenience, and, as psychologists say, instant gratification. The more we have, the more we want. Not surprisingly, we recently entered the fifth generation of 5G and EMS radiation. The newest big technology solution, 5G, raised questions about what are the health risks of the new radiation, and if our fear in the face of such an upgraded novelty is due.

5G brings greater capacity, a higher density of users, faster download speeds, and more reliable connectivity. What’s more, nothing new needs to be built to implement it, since companies are planning to use existing infrastructure to install the new 5G devices (utility poles and buildings in a tightly-knit network). They are in the size of smoke detectors. As a result, they are even less noticeable than before, so they seem to be less intrusive. Is it really? The leap to 5G means that we’re gonna have more 5G connected devices, communicating with more, and new forms of energy to, from more 5G towers, and small cell sites closer to the ground. 5G will lead to an exponential increase in human exposure to EMF radiation. Moreover, it will use frequencies that have never been used in consumer applications before. They are generally considered to be absorbed by the body within a few millimeters of the skin. The scientific data on the subject is still limited, so the results are only about to come. Unfortunately, they will appear (or not) directly on our bodies.

Many people become concerned when 5G cell towers that pop up in their neighborhoods. They rightly wonder if 5G is bad for their health. 5G will indeed result in unprecedented exposure to a particular type of radiation. Let’s break it down: all wireless technology functions by sending and receiving signals using electromagnetic radiation (or EMF). Namely every wireless device – as well as the towers and routers that connect them – is a source of EMF. Researches show that even short-term exposures can harm the peripheral nervous system, the immune system, and the cardiovascular system. The study led by Dr. Yuri D Feldman at the Hebrew University of Jerusalem found that human sweat ducts act as an array of tiny, helix-shaped antennas when exposed to millimeter waves – amplifying health risks.

Few words about the threat

The good news is that 5G radiation emissions fall within current safety limits. It doesn’t mean that 5G is safe though. 5G is leading to increased exposures to higher energy forms of EMF radiation, but there has been no change to the safety standards that govern the technology. These exposures and health effects that they cause in the short or long-term are unfortunately still untested. No surveys indicate the real levels of 5G EMF radiation to which people will be exposed. What we do know is that there are no safe radiation levels of EMF. Dr. Joel Moskowitz from UC Berkeley School of Public Health has explained, “we have no reason to believe that 5G is safe.” The World Health Organization’s International Agency for Research on Cancer (IARC) has designated this type of EMF as a Class 2B carcinogen. Moreover, EMF is genotoxic, which means it can destroy our DNA.

Do we really need 5G?

Smart homes, self-driving cars, and appliances that manage themselves. The broader term for this is the Internet of Things (IoT), and for it to become a reality, wireless networks have to evolve to meet increasing data demands. Wireless companies believe 5G networks are the answer. One characteristic of 5G is that it seeks to use a whole new spectrum, to allow for more traffic – that of millimeter waves. 4G networks were using “old” radio waves to broadcast data. As time goes and technological development evolves, the radio spectrum is already crammed full of signals. Millimeter waves are much shorter than radio waves (they are only 1 to 10mm in length). Shorter waves mean these are higher frequency, which means they transmit more energy.