PositiveMed The Positive Side of Medicine
Home Blood Anemia What Makes Us Fall Asleep? 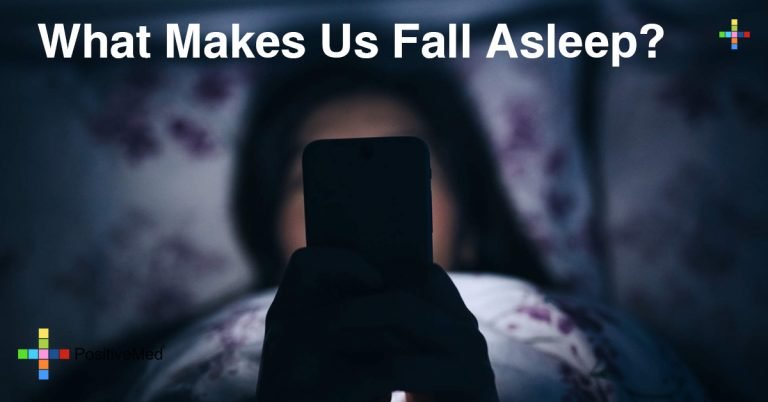 What makes us fall asleep? Tiredness?  Most of us know that feeling as the night wears on; we get a bit heavy-eyed and know that it’s time to get into bed.  But what is going on behind the scenes to facilitate this sleep?  The actual mechanics of falling asleep, the processes that are happening in the brain, are very interesting and having a little understanding of them may be helpful for those who experience difficulty sleeping.

According to the National Heart, Lung and Blood Institute, it is our ‘body clock’ which tells us when to sleep and when to wake. During the day we build up pressure to go to sleep, hour by hour. Each hour builds a little more pressure until it reaches its peak and we finally crash. During the night the pressure to sleep slowly depletes and then when we wake up in the morning it starts all over again. According to research studies the substance thought to be linked to this drive for sleep is adenosine which is cleared from the brain during sleep and gradually builds up again during the day, signaling the need for sleep. Interestingly it has been found that caffeine blocks this build-up of adenosine.

Other factors influencing our sleep cycle are found in the environment. When it’s dark you are more inclined to sleep and when it’s light you wake up. The light of day entering the brain through the eyelids as we sleep wakes us up and helps our internal clock to adjust to seasonal changes of varying days and nights. This is why we install blackout curtains or blinds on our bedroom windows in summer when the sun rises earlier than we want to.

See some examples of bedtime routines for a good night’s sleep.

Just before this light of day, our adrenals release a hormone called cortisol which gives us a burst of energy to wake up and start a new day. Opposite of the way adenosine works, cortisol is highest in the morning and gradually falls to mid-range during the afternoon and drops to its lowest level in the evening. However, when we are under stress, cortisol gets produced in excess and beyond the normal times of the day and it is when that stress becomes chronic that we start developing ‘sleep problems’. In such cases, our cortisol levels may fail to reduce during the evening or they may wake us up long before sunrise and then probably peter out in the afternoon making us tired and lethargic.

A major player in our response to the light and dark cycles is melatonin. This hormone is made in the pineal gland and is released when it gets dark, peaking as the evening wears on and signaling the body to slow down and become tired, ready for sleep. Melatonin remains active throughout the night and just before the light of a new day, melatonin levels start falling back to low daytime levels. By mid-morning melatonin is barely detectable in the bloodstream.

Not only does light diminish melatonin levels in the morning, but bright lights at night may also inhibit the production of melatonin preventing us from feeling that drowsy sleep-ready feeling. Studies have shown that not just bright room lighting but also lights in the blue range like those emitted from computers and other screens inhibit the production of melatonin making it harder to sleep, while light in the red range is the least problem. Therefore red lighting is an ideal option for night lights and for those wanting to use their computer at night there are apps available which change the screen output from blue to a subtle orange tone.

Ever wondered why your teenager stays up till all hours talking and playing games on the computer and then it is extremely difficult to wake in the morning?  No, this is not just another instance of irresponsible thoughtlessness as we might think! Actually, according to recent research, the way a teenager’s body clock ticks is different than that of adults and small children. In our teens, melatonin is released and peaks later in the 24-hour cycle making it so we don’t get tired till later in the night and consequently the melatonin levels will keep us asleep longer into the morning. So our young night owls are innocent. They are just following their own body clocks.

Interestingly older people seem to be just the opposite they tend to need to go to sleep earlier but also wake earlier. It is thought that this is due to a change in the interaction between the light/dark response and the cortisol response.

The need to fall asleep can also change according to our health, physical or mental work load and even stress. When we experience any of these factors our need for sleep increases as the body calls out to let it sleep and start the repair process.

The last factor to mention which makes us fall asleep is ‘boredom’. Ever seen a student nodding off in a long lecture or managers starting to drift off in the board room? It’s not always that they are sleep deprived, often it’s simply a long time to sit and focus and before long the brain starts shutting down. This is why educators or anyone giving a lecture are advised do some attention getting activity every 8 to 10 minutes.

So for those millions of people who suffer from sleep deprivation, understanding the mechanisms of sleep may help them to delve into how their activities and environment are affecting their sleep. Maybe a good place to start a sleep regime would be by reducing stress, keeping away from bright and blue lights at night, reducing or cutting out caffeine and eating lots of tropical fruits. Oh and they could read a boring book too!

Are you looking for aids for enhancing your sleep or to relax your body, mind and spirit? Solutions such as  Rest and Relax CD or Yoga Nidra CD can be very helpful.