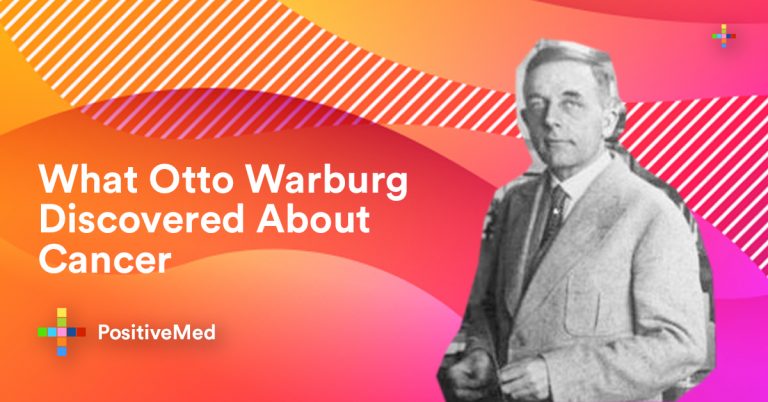 A week can hardly pass by without a publication of what Otto Warburg discovered about cancer – and that it is caused by inadequate oxygen in combination with acidic pH. It has been reported that the Nobel laureate didn’t win the Nobel Prize for discovering that cancer cannot thrive in an alkaline or oxygen-rich environment.

Otto Warburg was awarded for simply finding out that low oxygen was characteristic for cancerous cells. He made groundbreaking findings regarding the mechanisms of cancer development particularly mitochondrial malfunction and respiration.

What has been rumored that Warburg discovered that lack of oxygen is the main cause of cancer development and also found out that oxygen was a remedy for cancer, is far out of reach, in fact, the truth can be surprising.
Warburg actually discovered that cancer cells thrive in low oxygen because of a change in cellular respiration from the use of oxygen and sugar fermentation.

He said that above all other illnesses, cancer has very many secondary causes. According to him, the prime cause of cancer is, “the replacement of the respiratory of oxygen in normal body cells by a fermentation of sugar.”
His famous misrepresentation discovery is commonly used to support the sale of treatments, books, and products which discuss fighting cancer. However, Warburg did not succeed in treating cancer when he tried his hypothesis.

It is cheap to find out Warburg’s attempts to cure cancer failed. Lack of oxygen is not the main cause of cancer. Instead, cancer is mainly caused by toxins in the body. The reason why cancer cells are low in oxygen is that they shift from taking and utilizing oxygen for respiration to a form that utilizes sugar rather oxygen. The cancer process is the one that actually causes a lack of oxygen, but it is not the lack of oxygen which triggers the cancer process.

Irrespective of Warburg’s earlier statements and stipulation, he later became convinced that cancer is as a result of pollution. From that point, he got much closer to the primary cause of cancer and other diseases. For more than 50 years earlier, this is something that had been postulated by the great scientist Antoine Bechamp from France. Bechamp believed that cancer was mainly caused by toxins along with unhealthy cellular terrain.

Extended exposure to toxins in combination with cells that are inadequately hydrated, oxygenated, and cleansed is the prime cause of cancer. This is mainly true given that radiation is a toxin. With time, the stress and inflammation cause a dysfunction in the cellular mitochondria.

In turn, this ignites a cellular defense mechanism whereby the cells revert to a primitive form of sugar fermentation respiration, fails to die, multiply, and create a protective barrier.

In simpler words, cancer cells are low in oxygen because they stop taking in oxygen for respiration which happens to be a process for cancer development. Likewise, the cancer process itself makes the body to become increasingly acidic. The body tries to maintain a blood pH within a range of 7.35 to 7.45 and most tend to get cancer when their pH is at or near the normal range. The cancer progression makes the body become increasingly acidic.

There have been very many prime causes of cancer put forward, like bacteria, viruses, fungus, stress, parasites, low pH etc. Most notably, each of the causes has been around for thousands of years. However, the increased incidence of cancer has been linked to toxins for many years.

From the start of the industrial age, more than 10,000 unnatural chemical compounds have been created. These are all over the world – in water, air, soil. Other possible causes of pollution that have led to increased cancer include:

This article doesn’t mean that supplying the body with extra healthy oxygen from a cellular level can’t help to fight cancer. Oxygen plays a role in oxidative damage required for normal cell death.
Extra oxygen along with a healthy alkaline diet can be helpful, but the author believes that relying solely on either to fight cancer isn’t recommendable.