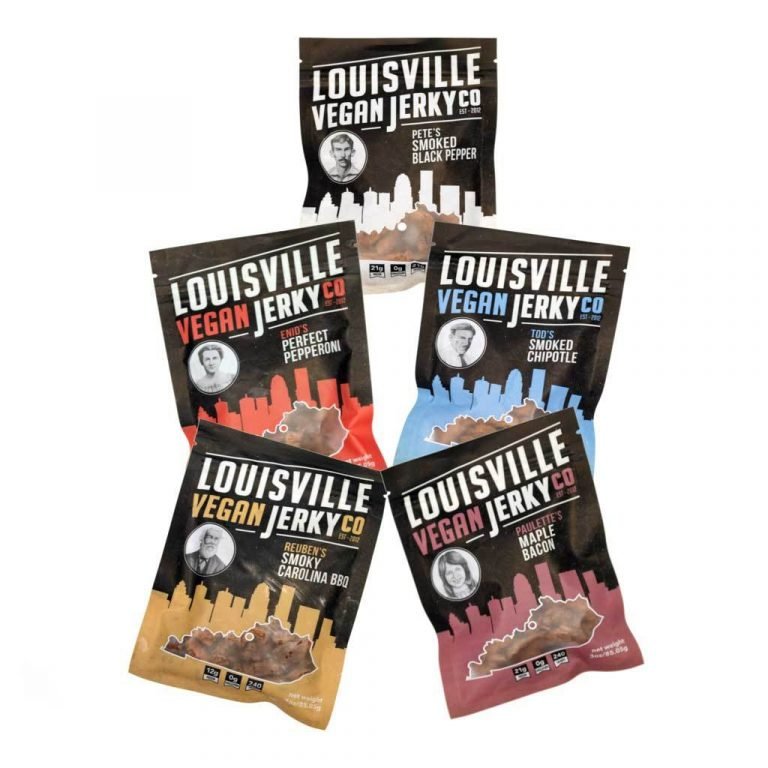 Louisville Vegan Jerky is a vegan food company that makes cruelty-free alternatives to beef jerky. Their texture and flavor are just like beef jerky, and they’re a great source of protein. If you are worried about allergens, don’t, all of their products are free from gluten, cholesterol, trans-fat, and are vegan. This vegan jerky is made by hand in small batches, with ingredients locally sourced from Kentucky.

Louisville makes its jerky with artisan quality and organic ingredients. If you are looking for something to add to a pizza, wrap or need a delicious snack on the go, Louisville Vegan Jerky is for you.

If you are wondering why you should choose vegan jerky over beef jerky, you should know what happens to the animals killed for it. First off, calves are castrated, branded, and de-horned without any anesthetics. Then they’re crammed together into a feedlot that has either a hard concrete floor or a mud-filled floor. At the end of their lives, cows throats are sliced open, so they bleed to death. Sometimes they aren’t killed by that and end up being dismembered while still alive.

If that doesn’t make you go vegan, animal agriculture itself is also destructive to the environment and contributes to world hunger. Cows usually eat corn and soy when they are in a feedlot. But the amount of food it takes to raise a cow from birth to slaughter could feed more people than the cow itself. The beef industry also chops down forests to make more feedlots for cows and dumps animal excrement into rivers.

So if you want to stop destroying the environment, causing billions of animals suffering, and have great tasting jerky, try Louisville Vegan Jerky by following this link on Amazon.