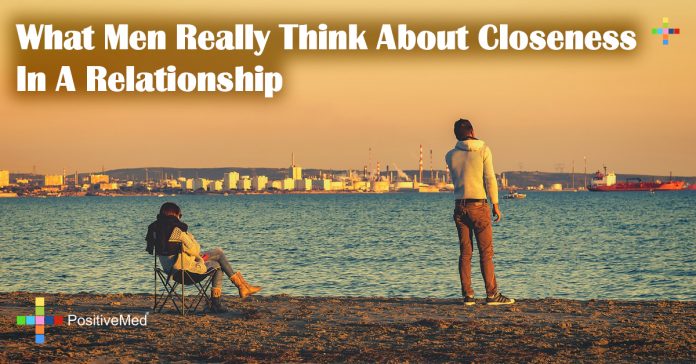 What Men Really Think About Closeness In A Relationship

The way that men and women find closeness in a relationship are very different. Understanding the differences in how the two genders look at relationships is an important aspect in improving relations between men and women. Below we take a look at the scientific and the societal aspects of how men and women come together.

– The Attitude of the Man

No matter the society, whether matriarchal or patriarchal, men are seen as the more promiscuous of the two genders. Men can move between families without incurring the physical backlash that women must undergo during every pregnancy. This means that men are overwhelmingly responsible for increasing the number of children in society whether or not they are economically responsible for all of those children. In most modern societies, the tendency of men to breed unscrupulously has been curbed by the economic responsibility that the society assigns to each man for the children that he produces. However, genetics are sometimes too powerful for even this deterrent.

– The Science of the Man

Men are visually stimulated because the character traits of the woman that lead to a healthy childbirth are overwhelmingly physical. Men are genetically predisposed to look for women with a healthy waist to hip ratio, ruddy facial features and balanced body chemistry. All of these characteristics help to ensure the health of the child. In society, this translates to an overwhelming amount of male attention for females who are more physically attractive. These are the images that are upheld in advertisements and promoted through entertainment, further cementing the notion that physical beauty is an important trait in a woman from the perspective of a man.

– The Attitude of the Woman

Women are the gender that undergo the most physical change during a pregnancy. As such, they are less concerned with the number of children and more concerned with the quality of the children that are produced. In order for a child to have a healthy upbringing, the woman requires resources, especially during the pregnancy. At this time, the woman is less mobile and more dependent on the man to bring resources to her to ensure the health of the child and herself. This was especially true in the thousands of years of prehistoric society where there were no office jobs women could work. Women are therefore predisposed to look at the resources that a man can provide, even over his physical appearance.

– The Science of the Woman

Women are more driven to an emotional connection rather than a physical one. In order to ensure the consistency of resources to her and the child, the woman must ensure that the man who impregnates her is attached to her emotionally. This is why women tend to have a lower love drive than men at the initial meeting; however, the love drive of a woman may increase over time as she gets to know a man more thoroughly.

The science and the needs of the man and the woman are not diametrically opposed as many people think. The needs of men and women are actually complementary and work in tandem with each other when both sides are physically and mentally healthy. The man usually creates the initial spark for a relationship, but the woman’s need for an emotional connection is what binds the pair together over the long term and helps to create the strength of the family structure.