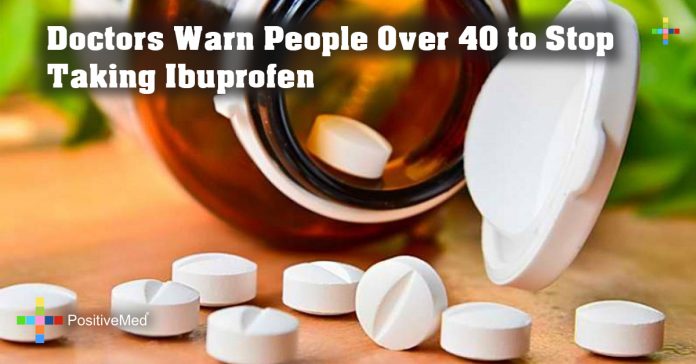 For years we’ve been told that taking ibuprofen was the safer, doctor recommended alternative to aspirin. Prolonged aspirin use could result in stomach ulcers, a complication not associated with non-aspirin nonsteroidal anti-inflammatory drugs (NSAIDs). In 2005 however, the Food and Drug Administration issued a warning about non-aspirin NSAIDs, advising they could increase the risk of heart attack and stroke. Recently, in a rare move, they strengthened this warning, requiring labels be updated to reflect new understanding of the severity of risk.

New studies have made it clear that the increased risk of heart attack and stroke after non-aspirin NSAID use is higher than previously thought. Heart attack and stroke could occur as early as the first few weeks of NSAID use, with prolonged use further raising the danger. This applies whether the patient has a history of heart disease, though the danger is higher among this demographic.

This warning encompasses all the non-aspirin NSAIDs over the counter or prescription, including ibuprofen (Advil, Motrin), naproxen (Aleve), celecoxib (Celebrex), and diclofenac (Voltaren, Cataflam). At this time, it’s unclear just how much the risk varies between the individual drugs, though there is evidence of slight differences. What is clear is that all painkillers under the non-aspirin NSAID umbrella exhibit similar effects, raising the need for alternative treatments.

For short-term aches and pains like those from a headache or sore muscles, NSAID use poses little danger. When it comes to prolonged usage, it might be in the best interest of the patient to try different methods of pain relief, like hot or cold compresses, topical remedies, or physical therapy.

RELATED ARTICLE: 9 Alternative Ways To Relieve Your Pain Without Ibuprofen/NSAIDs

If NSAID use is unavoidable, try to limit your dosage to the lowest possible effective amount for the shortest time period feasible. Never take multiple NSAIDs concurrently, and if using to treat chronic pain, try to take a week long break every month, switching to acetaminophen during this time if necessary.

Be aware that acetaminophen carries its own risks, namely the tendency to cause liver damage if the 4,000 milligram recommended daily limit is exceeded. Anyone with current or history of heart disease or stroke should avoid NSAIDs entirely; talk to your doctor about alternative medications if pain management drugs are something you need, or if you have been prescribed NSAIDs for long-term pain.

If you’d rather pursue natural remedies for pain, there are options apart from drugs available. Turmeric, for example, is known for its pain relieving properties, and is very popular in Eastern medicine. The southeast Asian plant is chock full of polyphenols, which have been found to be effective at relieving many types of pain, including nerve pain, inflammatory pain, and aching pain.

In its spice form, turmeric can be found in the average grocery store and used to whip up a pain-relieving concoction. To prepare, mix one tablespoon turmeric powder; one cup of honey; and the juice of one lemon. Add a teaspoon of this mixture to a glass of warm water or a cup of tea and enjoy.

Try consuming this cocktail three times a day to start, adjusting to suit your pain management needs. If this isn’t your cup of tea, turmeric can be added to a number of recipes to introduce an interesting flavor, or masked in fruit smoothies or protein shakes.

If you have further concerns regarding NSAID use, your doctor is your most valuable resource. They can help you to find ways to manage your pain that’s tailored to your individual needs without taking Ibuprofen.
[/nextpage]