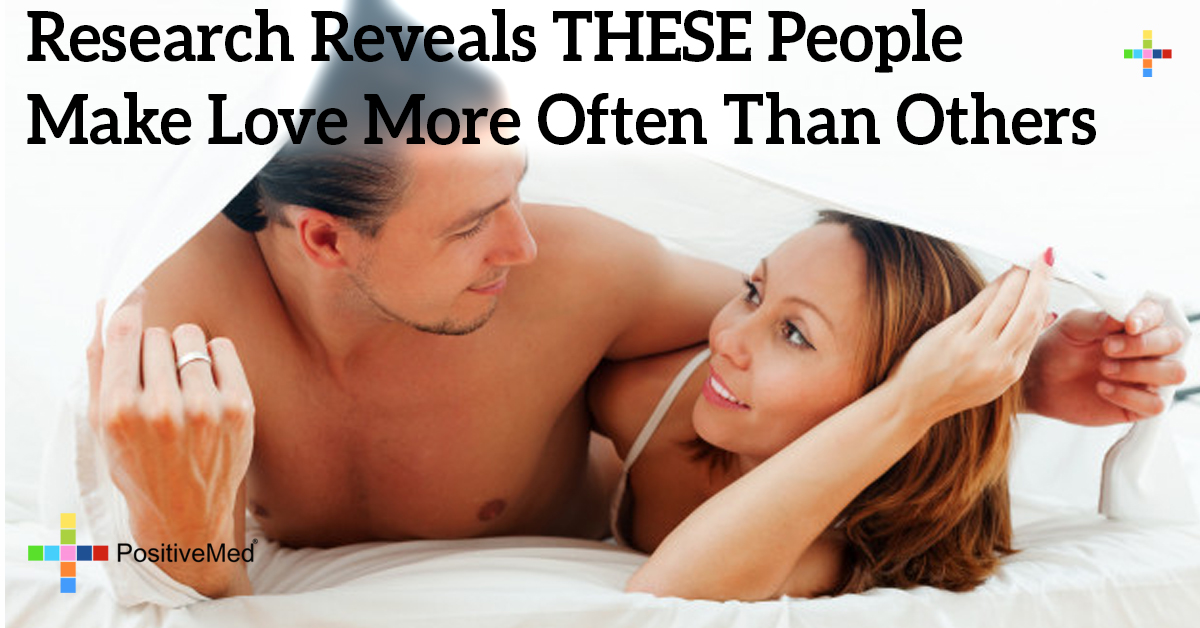 Research Reveals THESE People Make Love More Often Than Others

A study published by Satoshi Kanazawa, with over twenty thousand participants, explored intelligence and sleep patterns. On average, intelligent people sleep more than others. Thirty minutes at night and thirty minutes in the morning is the amount of additional sleep the Brainiacs needed.

All humans have a circadian rhythm. There are several factors that contribute to how much or how little sleep we all need to function optimally. Our ancestors primarily used daylight to explore, hunt and gather. Non-daylight hours were used to rest and recharge and to allow the mind to open itself to new ideas. Researchers believe that more intelligent people today also adopt new ideas more easily and use sleeping hours to recharge their brains in order to do so. Early to bed and early to rise doesn’t seem to apply so much here.

Intelligent people are also more likely to experiment with drugs. The National Child Development Study found that children who show higher levels of intellectual capacity by age sixteen were more likely to try and use drugs regularly by age forty-two, than those who showed less intellectual capacity by the age of sixteen. When researchers dug deeper, they found that intelligent people are much more open to risk. This trait is also due to our good ole cave dwelling ancestors who had to try unknown or dangerous things as a way to develop new methods of survival. The ones more adverse to risk didn’t make the cut and the risky trait survived and was passed down by way of intellect.

Want to make more love? Find a nerd. Intelligent people have more $ex. Plain and simple. A study conducted at Ivy League colleges with more strenuous curricula found that students who did well in school had more physical relations. They made more love. Lovemaking is believed to be a stress reliever and the increased level of stress associated with the college workload of high demand programs, leads to more lovemaking. Don’t be discouraged if you’ve finished college already. Beyond college studies, more intelligent individuals tend to have the full lives which often equals more stress. So this theory expands to outside college and is a generalized activity associated with intellect across the board.

Intelligent people sleep about an hour more than others, they do more drugs because their brains are wired to take more risks and they make more love as a way to relieve stress. Evolution has left us more intelligent and more capable of survival, but it also seems to have contributed to how differently more intelligent people do things. Sleeping more, doing more drugs and making more love are pretty good evolutionary leftovers.