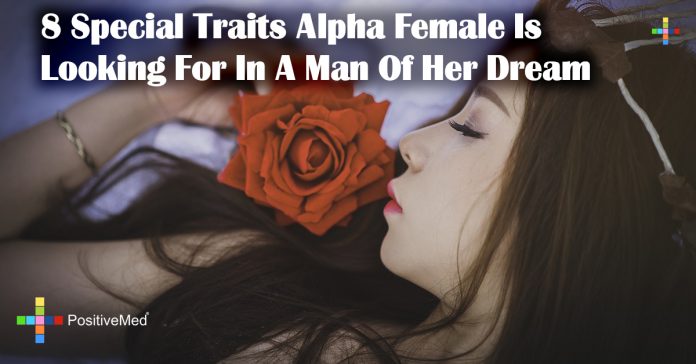 An alpha female is a woman who will keep you on your toes. She is usually a good-looking woman with natural ambition who is determined to accomplish whatever she sets out to do. She often has skills and talents that encourage her confidence and she is most likely well-educated. An alpha female normally enjoys !ntimacy as often and as regular as your average man and is confidently independent.

While many men admire an alpha female, many men may be a bit timid about getting into a relationship with her. She is highly independent, making it difficult for her to depend on just any man. She often prefers her space and solitude, which can be complicated for her romantic partner.

Following are 8 qualities that an alpha female should look for in a man:

1. A man with a strong character will not be easily offended by an alpha female’s sharp words or playful jokes and will intelligently and tactfully return the favor.

2. He’s as goal-oriented as an alpha female, which means he doesn’t feel emaciated or less than her, even if she appears to be more successful than him.

3. He knows how to make her laugh as this is a quality that many alpha females cherish and look for in a partner. She recognizes wit and intelligence in humor.

4. A quality that an alpha woman will look for is a career driven man; someone who is passionate about what they do and who won’t is easily bored by a lack of self-worth or goals.

5. A great match for an alpha female is someone who is honest about what they think without fear of offending his woman. Alpha females accept helpful criticism, even from their !ntimate partners.

6. An alpha female needs someone who will match her intellectually and who can keep up with her fast-paced wit and a man who recognizes this will impress.

7. A man who hopes to win an alpha female will be able to take care of himself and never need to depend on her for his self-esteem. An alpha female has no time for someone she has to coddle and encourage.

8. He shows that he loves his alpha female, but he never grovels for attention and acceptance. He is confident in their love and partnership.

An alpha female doesn’t need a man’s approval for her self-esteem and confidence. She happily finds it in herself and talents. A man who hopes to match with an alpha female will be someone who is equally confident and sure of himself. An alpha female won’t have a patience for a romantic relationship with anyone who doesn’t live up to her level.