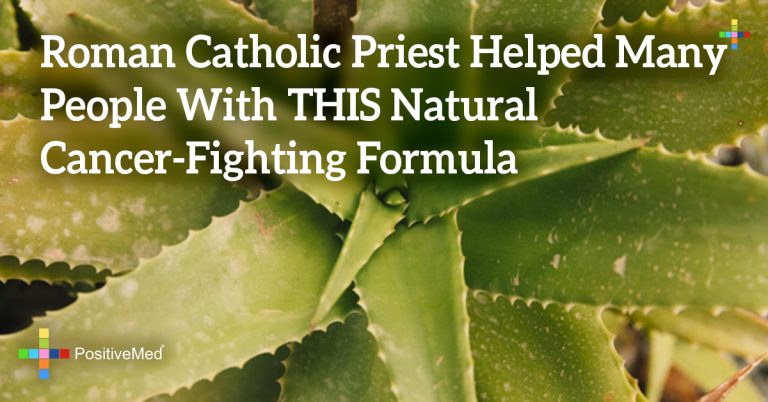 Over the years, many attempts have been made to find a cure for cancer. Although some treatments have helped many people, cancer is just as harmful as ever, and oftentimes it is even fatal. One cure, however, has recently been revealed that has had some amazing results. Even better is the fact that it is an all-natural cure, using aloe.

The Source of the Cure

In the country of Brazil, a Roman Catholic priest by the name of Romano Zago had been helping the poor. While there, he began researching the benefits of aloe to try and help the poor in his parish. It was not long before he learned that it also could cure cancer.

Types of Cancer Aloe Will Help

During his years in Brazil, Zago was able to test his formula on many different kinds of cancer. It included those with:

Besides being able to help and even cure many people with the above forms of cancer, Zago discovered that it even cured some people who were in terminal stages of the disease. While it did not help everyone, it did help many.

Reasons for Aloes’ Benefit Against Cancer

Aloe possesses several qualities that make it the ideal candidate for a plant to work against cancer. To start with, aloe is antioxidant, and it is antibiotic, antibacterial and antiviral. In addition, it is also anticancer, and it stimulates and strengthens the immune system. There are also a number of vitamins and minerals in it, making it an ideal food substance in so many ways.

One Aloe Variety May Provide More Anti-Cancer Benefits Than Others

During his research, Zago discovered that one type of aloe seemed to be a little better at fighting cancer than another one. He found that aloe vera does have anticancer agents in it, but aloe arborescent seems to be heavyweight in that category. The aloe arborescent variety contains as much as 70 percent more of cancer-fighting agents in it.

Many Studies Have Been Performed on Aloe

Aloe has been the subject of study for many years. One study performed by the United States’ National Institute of Health has verified that an ingredient in aloe called aloe-emodin, which is in aloe vera, has cancer-fighting capabilities. It was tested on two types of colon cancer. The result was that it led to apoptosis (programmed cell death) in the cancer cells.

According to a book written by Zago, Cancer Can Be Cured! he saw many people cured of cancer by using aloe. He also suggested mixing it with natural honey. This formula did not cure all of them, but many. He later used the same formula with cancer patients in other countries and saw similar results.

Aloe Is Becoming Widely Recognized for Its Health Benefits

Aloe has been known for more than 2,000 years to be able to provide a number of health benefits. Many professional clinic websites are recognizing this and some now contain information about the benefits of using aloe in the self-treatment of many common ailments. Even the well-known Mayo Clinic says that “aloe consumption may reduce the risk of lung cancer or tumor growth.”

In a study performed in Italy in 2009 with 240 cancer patients, there were some positive results. The patients used aloe in addition to their chemotherapy treatment. The aloe was taken as a liquid three times a day. The tumors had shrunk in 67 percent of the patients who drank the aloe, but only 50 percent in those who had chemo alone. It was also reported that those who drank the aloe had a better quality of life, and they also lived three years longer.

Side Effects of Taking Aloe

Although there are few side effects of taking aloe, it needs to be emphasized that some people have them. The primary side effects are caused by the fact that aloe is a natural laxative. Some people with health conditions may want to check with their doctor to ensure that there will not be a problem with medications or conditions.

RELATED ARTICLE: 20 Foods That Act As a Natural Laxative

Many reports are available that testify of the benefits of aloe in relation to treating cancer. Studies continue to be performed to learn more about it. If you have cancer, you certainly want to learn more about this plant and keep up with the studies.