PositiveMed The Positive Side of Medicine
Home Health and Food Dangerous foods Why Do Doctors Still Recommend You This Toxic Drink? 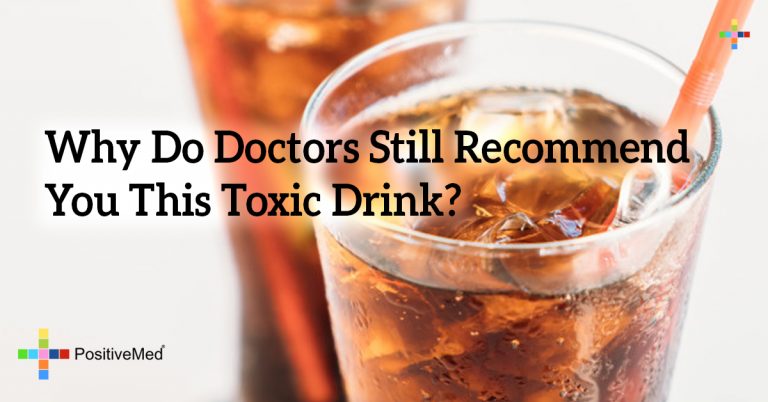 Why Do Doctors Still Recommend You This Toxic Drink?

From popular sodas to flame retardants, brominated vegetable oil or BVO is coming under harsh scrutiny by the FDA and other scientists looking to see what this ingredient can do to us. Before beginning, it is seriously worth noting that Coke and Pepsi are both going to be removing BVO from their drinks. Whoo!

BVO is used in sodas with fruit flavors – Mountain Dew and Fanta are two of the most popular – to keep the flavor from separating from the sugar water it’s added to. BVO is still used in the United States, despite its ban in foods and drink in Europe and Japan.

Before we go into the really hidden effects of BVO, consider the stories heard from doctors about gamers. Gamers often drink a soda every hour and can have up to three and a half liters of it within six hours. Often they will not be eating anything during their gaming binges, so their bodies are absorbing every drop of soda that enters into their body. However, these gamers have been reported going into a hospital for treatment of skin lesions, nerve disorders, and memory loss. These are all common symptoms of overexposure to bromine.

A study done in the 1970s suggests that BVO is building up in human tissues, as it does in mice tissues. The mice also experienced behavioral and reproductive problems. However, since these studies are dated and over three decades old, some scientists are calling for the re-examination of BVO’s side effects. This could have strong repercussions in the food industry.

Currently, BVO is on the FDA’s “interim” list. It was yanked from the list of foods and additives safe for usage in all amounts when the mice studies turned up their data. The final status of the substance was going to be decided after further studies were done. These studies were never done, and BVO remains safe to use in amounts up to 15 parts per milliliter.

However, there is another place that BVO is lurking – and it really shouldn’t be lurking there at all. It’s a popular prescription drink called Oral Glucose Tolerance Beverage, or Glucola. It’s prescribed to pregnant women to monitor glucose during pregnancy. Many doctors prescribe this because they may not know better, or they may simply be ignoring that there are better alternatives to this.

Glucola has sugar water. That’s pretty much all it is. However, the artificial colors and preservatives in the prescription give it an incredibly long shelf life. Among other ingredients, it contains dextrose, sodium hexametaphosphate, and 10% sodium benzoate. It’s no better than soda!

Fortunately for pregnant women, there are other options for pregnant women on Glucola. Eat bananas or a non-GMO variety of jellybeans. A study found that 28 jelly beans gave the same effect. Another alternative to Glucola is to simply monitor blood sugar with a glucometer. This is by far the healthiest alternative. However, it is best to consult with your doctor about these alternatives first.

RELATED ARTICLE: 7 Signs Your Blood Sugar Is Out Of Whack

Many women report a “crash and burn” feeling after their daily dose of Glucola, and it can easily be averted.

Furthermore, in 2012, Sarah Kavanagh started an online petition to have BVO removed from Pepsi products. She was 15 at the time. Her story starts innocently. She had just bought some Gatorade for her and her brother. However, she is a vegetarian and checked the label. Not knowing what BVO was, she decided to google it because she knew it probably didn’t come to from an animal. As soon as she saw the possible side effects – which include neurological disorders and altered thyroid hormones (which is where all your iodine goes, by the way) – she threw the product away and began the petition.

Three years later, after over 20,000 signatures on the petition and other pressures from the surrounding food conscious public, the company finally decided to pull BVO from their products.

Among the reasons it took so darn long to get Pepsi to pull this from their food has already been explained above: the FDA has not yet done more research into the effects of BVO on the body after the interim rulings in 1977. After decades of not being able to change that ruling, the FDA has finally spoken up about why those studies have not yet happened.

Their spokesperson, Patricia El-Hinnawy, noted that any change in the ruling for BVO’s interim status in 1977 would require the use of the already incredibly limited funds that the FDA has access to. To be honest, she added that BVO is not a public health protection priority at this time for the FDA.

This needs to change! Glucola for pregnant women? Teens getting BVO in their daily dose of soda and gamers going to the hospital? It’s not right.