PositiveMed The Positive Side of Medicine
Home Facts 15 Ways Women are Tougher, Luckier and Smarter than Men 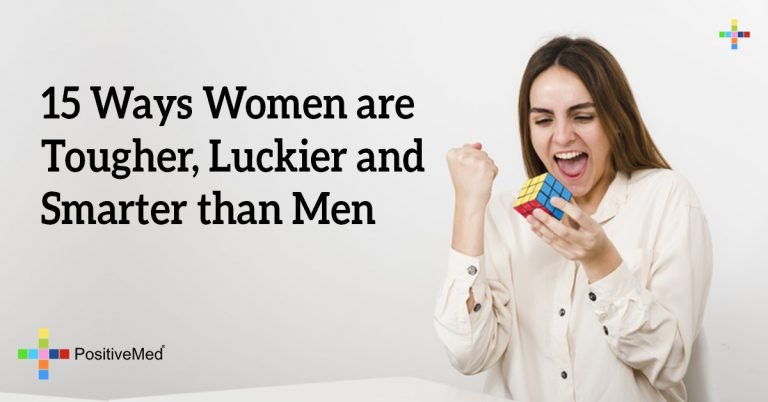 15 Ways Women are Tougher, Luckier and Smarter than Men

It may be heard that women are more studious than men and get better grades. Surveys have recently shown this to be true.

Women are generally selective about their taste-buds and are healthier eaters than men. They are more careful about what to include and what not to include in their daily diet.

Women have a better and stronger immune system than men. They have better defensive mechanisms so are less prone to common illness and disease.

A survey showed that men usually don’t survive 77% of the car accidents they are in.

Surveys show that women tend to perform better at interviews than men as they are better at handling questions and have better presence of mind.

6. The power to reassure

Circadian rhythms of women are faster. The cycle length of the daily biological clock in women was found to be shorter than in men by researchers.

8. Women are more likely to see a doctor

A national survey showed that women are more likely to see a physician on a regular basis than men.

Men generally don’t look as good as women after facial surgery. One reason is that more blood vessels are required for hair follicles in men’s faces. Another reason may be the skin of men’s faces tends to bruise more.

Women get greater benefits than men if they choose a healthy lifestyle, like indulging in regular exercise and eating a healthy diet.

13. Record for a heart reboot

A British woman holds the record of the longest surviving open-heart surgery patient.

Women are generally cleaner than men.

Death was described as a hip young woman who would spend a day every century living and dying as a mortal in order to understand the value of human life.