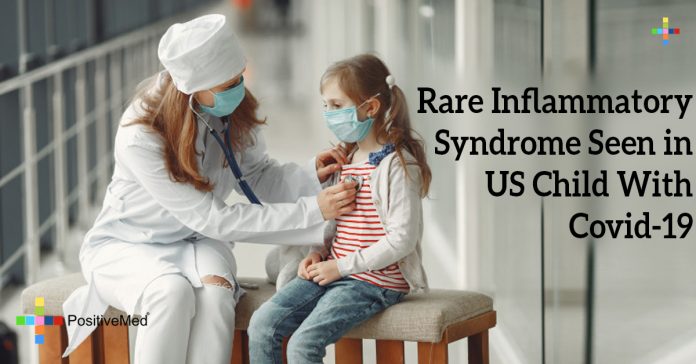 Do we have everything under control? Definitely not. The newest stories bring in some level of anxiety when it comes to coronavirus’ worldwide fight. As for 1st May, in the U.S., the vast majority of serious Covid-19 cases — and eight out of 10 deaths — occur in people who are at least 65. Data shows that a rare inflammatory syndrome also affects young people across the country.

At least 201 infected children under age 18, have been admitted into pediatric intensive care units in the U.S.  At least 20 people under the age of 20 died from the coronavirus. In New York, 10 children with Covid-19 died as of April 30. At least 56 children were admitted into pediatric intensive care units. Recently, the US doctors said that they noted a possible complication of coronavirus infection in a young child – a rare inflammatory condition called Kawasaki disease.

On Sunday, the Paediatric Intensive Care Society tweeted out a message warning about a small increase in cases of critically ill children with “common overlapping features of toxic shock syndrome and atypical Kawasaki disease with blood parameters”. Some of these children tested positive for Covid-19. Similar reports appeared in Italy and Spain. The case seen at Stanford Children’s Hospital was a 6-month-old girl, admitted to the hospital with Kawasaki disease, and later diagnosed with coronavirus.

What is Kawasaki disease?

Kawasaki disease causes inflammation in the walls of the arteries and can limit blood flow to the heart. Most children recover from it, but it can be deadly as well. Some studies show a link between viruses or bacterial infection. The unfortunate girl was fussy, had a fever, and didn’t eat when she was admitted to the hospital. She didn’t have any regular COVID-19 symptoms such as cough or congestion. Only later, she tested positive for Covid-19. Afterward, she had a fever and a blotchy rash, and a chest x-ray showed a small white spot in her mid-lung. It appeared to be a Kawasaki disease, so she was given intravenous immunoglobulin and high-dose aspirin, and she happily got well in two weeks.

We need to be careful with assessments, though. Since the coronavirus is new, and not all symptoms in children are known, scientists will further investigate the real potential association of Kawasaki Disease with the coronavirus infection. It’s not weird that this association between illnesses took place. The Kawasaki disease itself is often preceded by a respiratory or gastrointestinal illness, doctors say. No one completely understands Kawasaki disease, but the model suggests it’s triggered by an infection in a sort of immune dysregulation, as many other health problems. That would undermine the particular relationship between this disorder and COVID-19.

Should this Kawasaki-coronavirus association worry us seriously?

In this particular case with SARS-CoV-2, and its illness, known as COVID-19, it’s probably too early to know, whether it’s something specific to pathophysiology, or just another run of the mill infection. The team from the mentioned hospital waits patiently until other groups of clinicians report seeing something similar. They believe that it’s too early to draw any significant conclusions. Segal, a doctor from the hospital, where the baby-girl was admitted, explains calmly: “I don’t think that we are going to see a wave of these cases.

This isn’t something that families, even if they have coronavirus, really need to worry about, based on what we know so far”. Does it mean that children are still comparingly safe when it comes to COVID-19? They should be protected from possible infection just like other people, friends, and family members, but we can be less worried about them than we should be about our elders. According to the US Centers for Disease Control and Prevention, most cases in children so far have reported only mild symptoms and less than 2% of cases in the US were in children as of April 2. “I think it’s going to be a subset, of a subset, of a subset of individuals who develop it,” Segal said. “As far as we can tell, this is something exceedingly uncommon”.