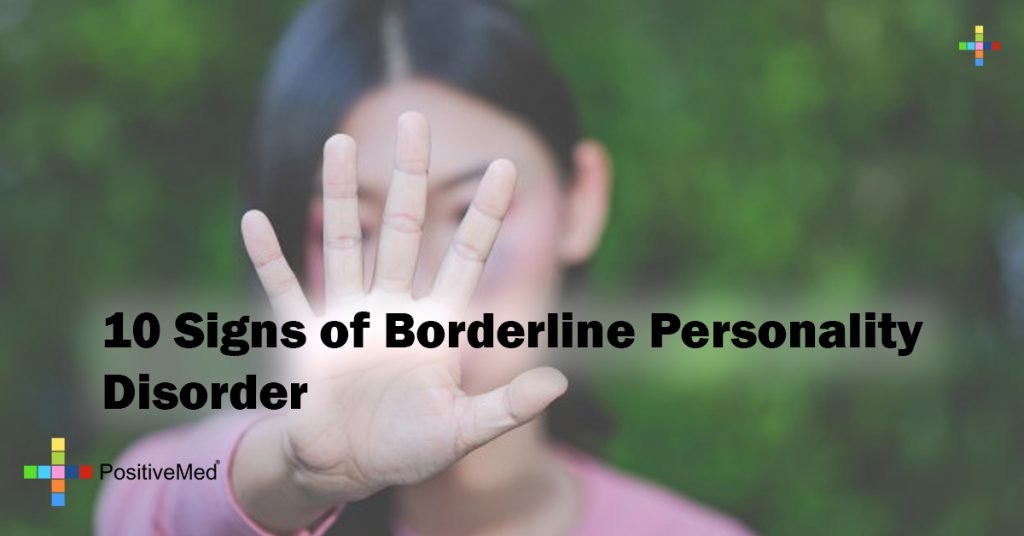 Borderline personality disorder (BPD) is a mental health disorder that generates significant emotional instability. This can lead to a variety of other stressful mental and behavioral problems.

With borderline personality disorder, a person may have a severely distorted self-image and feel worthless and fundamentally flawed. Anger, impulsiveness, and frequent mood swings may push others away, even though they may desire to have loving and lasting relationships.

If you or someone you know have borderline personality disorder, don’t get discouraged. Many people with this disorder get better with treatment and can live satisfying lives.

Borderline personality disorder affects how a person feels about themselves, how they relate to others, and their behavior.

Signs and symptoms of borderline personality disorder may include:

As with other mental disorders, the causes of borderline personality disorder aren’t fully understood. Experts agree, though that the disorder results from a combination of factors. Factors that seem likely to play a role include:

– Some studies of twins and families suggest that personality disorders may be inherited or strongly associated with other mental disorders among family members.

– Many people with borderline personality disorder have a history of childhood abuse, neglect and separation from caregivers or loved ones.

– Some research has shown changes in certain areas of the brain involved in emotion regulation, impulsivity and aggression. In addition, certain brain chemicals that help regulate mood, such as serotonin, may not function properly.

With borderline personality disorder, a person often has an insecure sense of who they are. Their self-image, self-identity, or sense of self often rapidly changes. They may view themselves as evil or bad, and sometimes may feel as though they don’t exist at all. An unstable self-image often leads to frequent changes in jobs, friendships, goals and values.

Their relationships are usually in turmoil. They may idealize someone one moment and then abruptly and dramatically shift to fury and hate over perceived slights or even minor misunderstandings. This is because people with borderline personality disorder often have difficulty accepting gray areas — things seem to be either black or white.

If you’re aware that you have any of the signs or symptoms above, talk to your doctor or a mental health provider. Proper treatment can help you feel better about yourself and help you live a more stable, rewarding life.

If you notice signs or symptoms in a family member or friend, talk to that person about seeing a doctor or mental health provider. Remember you can’t force someone to seek help. If the relationship causes you significant stress, you may find it helpful to see a therapist yourself.

PrevPreviousWeight Loss Tea
NextHow Often Should You Use Hair Conditioner?Next