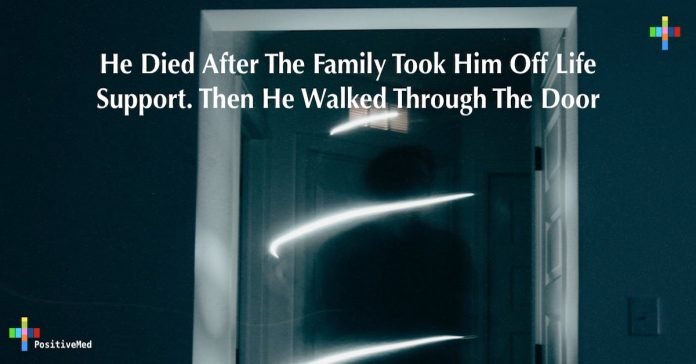 At the care unit of Chicago’s Mercy Hospital & Medical Center, a man was lying on life support struggling for his life. Authorities contacted Brenda Bennet-Johnson and Rosie Brooks to visit the man whom they identified as their brother. The two women could not be sure of it as the man’s face was heavily bruised and unrecognizable after a beating. The initial doubt of the two women would take a strange turn of events later on in this case.

The man was tied down to a hospital bed coming in and out of consciousness. His face was distorted after the attack. The only sign of him living was the rising chest because of the ventilator tube keeping him alive. This man was found naked and beaten after an attack that happened on April 29.

The lack of initial recognition of their brother was understandable. The two sisters did not keep in touch with their brother for years. The two could not recognize Alfonso Bennet, their brother, through all the medical contraptions and injuries.

The two sisters kept watching over the man that the authorities claimed was their brother. When the doctors decided it was time to decide whether or not to keep him on life support, the two sisters had to make the tough decision. They had to sign the paperwork necessary to take him off the machines keeping him alive. The man quickly died afterward, and the two sisters started preparing his funeral.

While the whole family was grieving, they were up for a surprise. One member of the family contacted the sisters to report that Bennet was as alive as ever and had just walked through the door of her house. The sisters were completely shocked. One of them claimed that she almost had a heart attack when she heard the story.

This mystery case has opened up hard questions for Chicago authorities to answer after the local media reported on this case this week. Anthony Guglielmi, the chief communications officer at the local police department, tweeted that detectives are looking into all the facts surrounding this case. The department works hard to find where the information could have gone wrong.

The most interesting thing is that a similar story happened just last summer in New York. A woman was alerted in July 2018 that her brother was unconscious after a drug overdose at the hospital in the Bronx. Two weeks later, the woman had to decide whether or not to take her brother off the machines after being told that they were no chances for recovery. The sister later learned that the man she had to take off life support was not her brother. Her real brother was in Rikers Island after an arrest. The mistake was uncovered only after the autopsy of the dead body.

These cases have raised an issue of whether or not the fingerprints would be used when identifying unrecognizable victims as it is the only sure proof way of recognizing someone’s identity. As with the case of the man that walked through the door of someone after being thought dead could have been prevented.