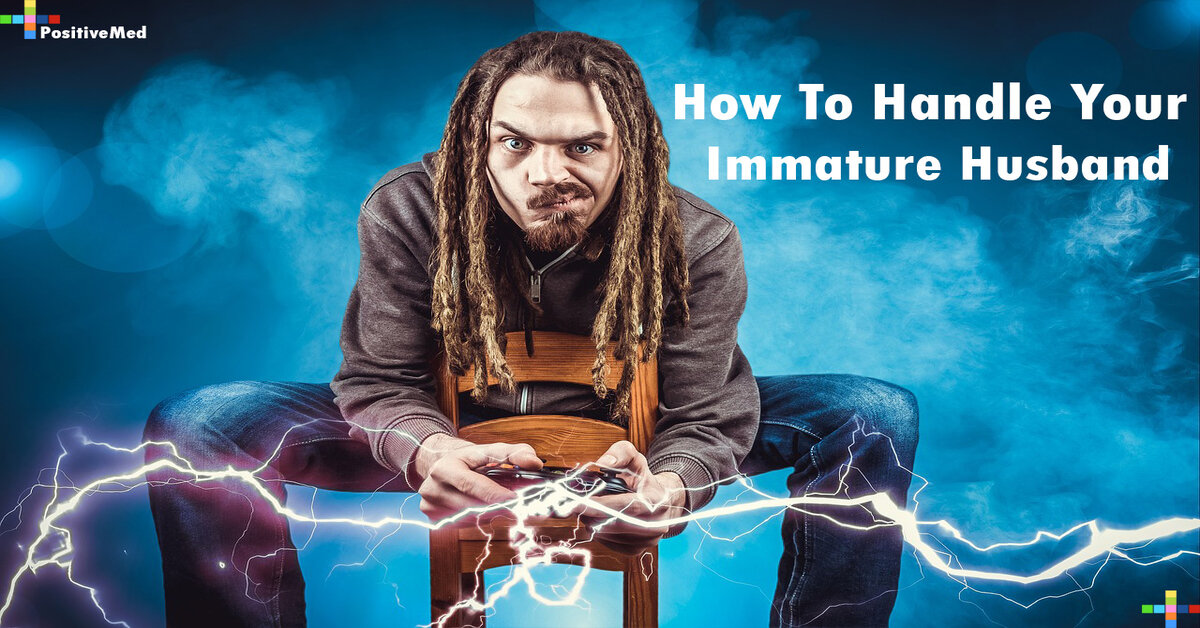 Until death does us part. It sure sounded good when you were standing there in front of your family and friends, lovingly gazing into his eyes. Life was good. Then, after the honeymoon phase, something changed. Little habits that were once endearing became endlessly irritating, and as you now stand in front of your soul mate, you are wondering how old he actually is.

Knowing how to handle an immature husband may not be easy, but it is possible. Here are three ways to help your husband act his age.

How to Handle Immature Husband

They say 40 is the new 30, however, for some people, it seems more like the dreaded teenage years. If your husband’s behavior is more immature than when he was 15, you’re not alone. In between picking up socks to putting up with temper tantrums, you might be ready to throw in the towel.

Don’t be one of those wives who becomes their husband’s second mother. Whenever your husband begins acting immature, treat him like an adult. If you scold and treat him like the child, you’ll only reinforce the behavior. For example, if he’s complaining about his job in a whiny voice, show some empathy, but don’t coddle. You can say something along the lines of “Oh, I’m sorry to hear that” or “I’m sure things will be okay”. Remember, you are this man’s wife, not his mother. The key is to help your immature husband grow up.

No matter what occurs, do not stoop to his immaturity level. While it’s natural to want to yell and tell you’re significant other to grow up, don’t. Take the high ground and stay there. Tell him that you’re handling the disagreement in a mature way and when he’s able to do the same, he’ll know where to find you. Despite the fact that your husband acts immature, it doesn’t mean there’s no good left in him. It may take time, but it’s worth waiting for if it means he’ll grow up.

This is perhaps the hardest thing to do. You swore you’ be there through thick and thin but there are times when you need to practice tough love. For example, if your husband acts immature in the way he handles the family’s finances, tell him that’s you think it’s best to put aside the money and plan before spending again.

Here’s another example: Let’s say that he went out drinking with his friends and ends up missing your child’s basketball game. While it may be tempting to make up an excuse to ease the pain of both your child and husband, don’t. Let him deal with it and talk to them himself.

Regardless of age, growing up is never easy. But when it comes to helping your husband act his, sometimes you need to take the reigns and steer an immature husband back into adulthood.