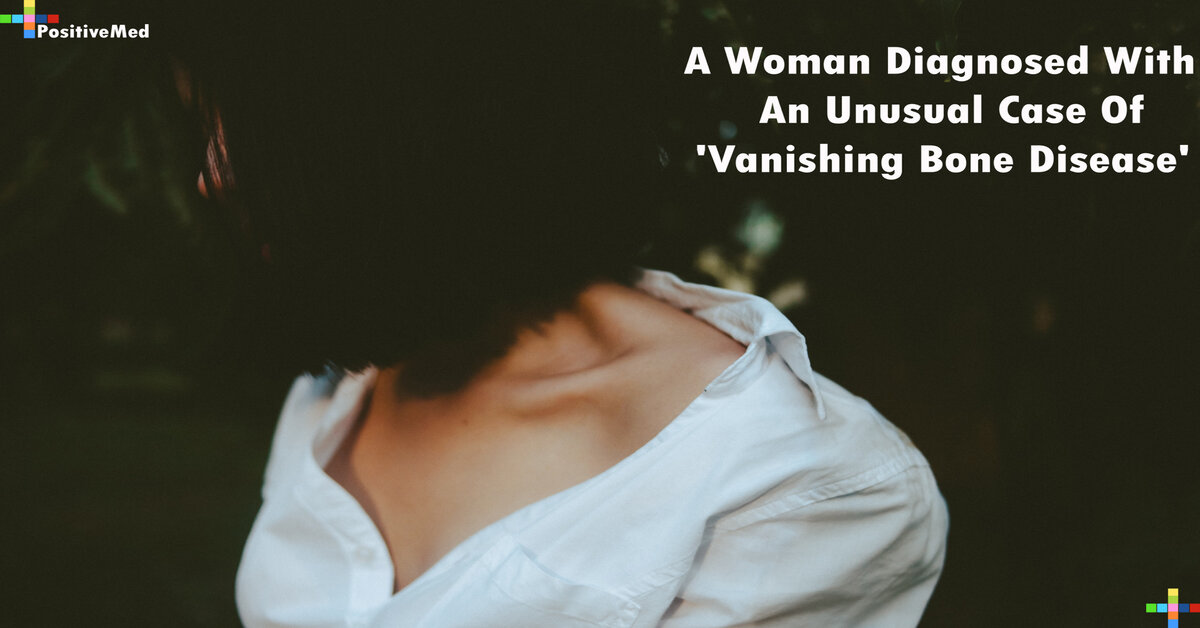 It is astonishing and appalling, but there was a woman diagnosed with vanishing bone disease. Over time, both of the long bones in one of her arms simply disappeared. They are shone to be vanishing in a series of X-rays taken over time.

How Can This Be?
The woman’s ailment was finally diagnosed as a Gorham-Stout disease, whose other name is vanishing bone disease. A rare disorder, it is characterized by bone tissue being broken down and invaded by lymphatic tissue. In the end, the bone and the vessels are destroyed and replaced by tough connective tissue. Since the connective tissue can’t take the place of bone, the function of the bone is lost, and the person might suffer deformities, disability or even death. Though only the bones of one arm were affected in this particular woman, other people have several areas of bone attacked by the disease such as their spine, skull, jawbone, ribs, and collarbone.

Symptoms of Vanishing Bone Disease
The symptoms of Gorham-Stout disease depend on which bones are being attacked. In the case of the woman diagnosed with vanishing bone disease, she began to feel pain in her shoulder that got worse over time. Her left shoulder began to lose its range of movement. Though there was a tumor found on her arm bone, it proves to be benign.

On the other hand, a person who has Gorham-Stout disease in their jaw might not only experience pain but notice that their teeth start to fall out, their jaw breaks for no reason, and their faces may become deformed. If a person has the disease in their spine, they can suffer catastrophic problems with their central nervous system, which the spine and the skull protect. This may include paralysis or meningitis, an inflammation of the membranes that enclose the spinal cord and the brain.

If the ribs are affected, fluid can accumulate in the membranes that protect the lungs and line the chest cavity. This can lead to breathing problems that can become life-threatening.

How is Gorham-Stout Disease Treated?
How the disease is treated depends on where it is found. Some patients deteriorate quickly while the progression of the disease is more gradual in others.

What Causes Vanishing Bone Disease?
Scientists have no idea what causes this disorder. It is not inherited, it doesn’t seem to be caused by pollutants, and it is not really an autoimmune disease. Some studies have suggested that abnormalities in growth factors cause the overgrowth of the lymphatic vessels. Other researchers believe that the affected bone does not get enough oxygen because of problems with the patient’s circulation. Because of this, the pH of the area around the bone is changed, which causes the bone to degrade.

Some scientists believe the injury to the bone is thought to be a trigger. Fractures may not only precipitate the Gorham-Stout disease but as the bone starts to break down, fractures become a greater and greater risk.

Fortunately, Gorham-Stout Disease is rare, with only 300 cases known to medical science. It is a uniquely challenging malady, and more research is in order.