PositiveMed The Positive Side of Medicine
Home live longer Why Do Women Live Longer Than Men? 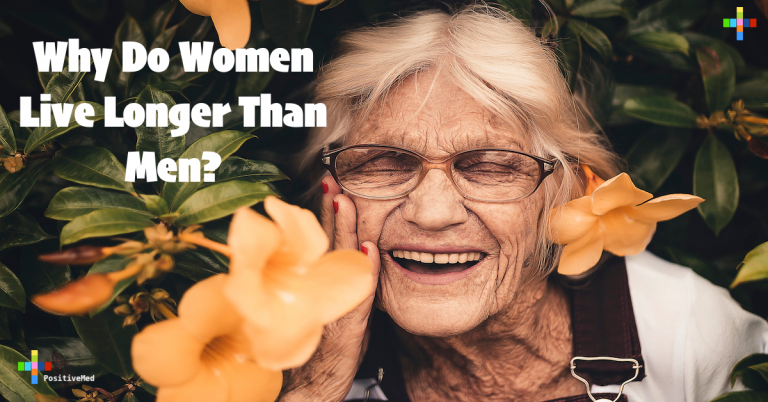 Statistics suggest that, everywhere around the world, women live longer than men. This is a very interesting trend since women also have higher rates of physical illness and pay more visits to the doctor. So why do women live longer? Are they just more resilient to disease, or is there something else?

The answer lies in men and women’s biology. As you might’ve learned in school, men and women have different chromosomes. Men are considered the heterogametic sex, as they both X and Y chromosomes. Women are homogametic, with two XX chromosomes. These differences in chromosomes determine the person’s sex and they are responsible for most changes in development. They tell the body whether to develop male or female characteristics, although there are variations in every person.

Fat distribution is one of the explanations for why women live longer. Women have more subcutaneous fat, which is fat under the skin. Men have more fat around the organs or visceral fat. Visceral fat has been linked to a higher risk of heart disease. This might explain why men face a higher risk of cardiovascular disease, even at young ages.

The presence of the male and female hormones might also be to blame. Estrogens are hormones primarily found on the female body. Estrogens have been found to prevent DNA damage and aid longevity. They can act as antioxidants in the human body, which could benefit men as well.

In contrast, testosterone might be a reason men meet their demise faster. Men have much more elevated levels of testosterone than women, which influences their behavior. High levels of testosterone can lead to an increase in risky behaviors. This explains why men engage more in activities such as smoking and drinking alcohol. They also take jobs in industries that can be more dangerous, such as construction or mining. Testosterone literally kills men in many cases. This is mirrored by studies done in men who were castrated as children, which made them produce much less testosterone. These men added 14 to 19 years to their lives. This isn’t to say that testosterone is inherently bad but compare to estrogens they seem to have detrimental effects.

The advances in modern medicine have also contributed to this. Throughout history, young women have been disproportionately affected by infectious diseases. As modern medicine decreased the risk for infectious disease, women also benefit especially from this. There is also the theory that, since these women were infected, they passed on genetic resistance to their offspring. Richer countries also see a bigger gender gap in longevity than less wealthy ones due to all of these factors.

Whatever the reasons might be, there are many reasons as to why women live longer than men. Of course, women are not immune to disease either, and they should still be very vigilant about their health. Perhaps it would be a good idea for both men and women to use this knowledge for longevity and health. Everybody wants a long, healthy life after all!