Why Drinking Tea May Help Prevent and Manage Type 2 Diabetes 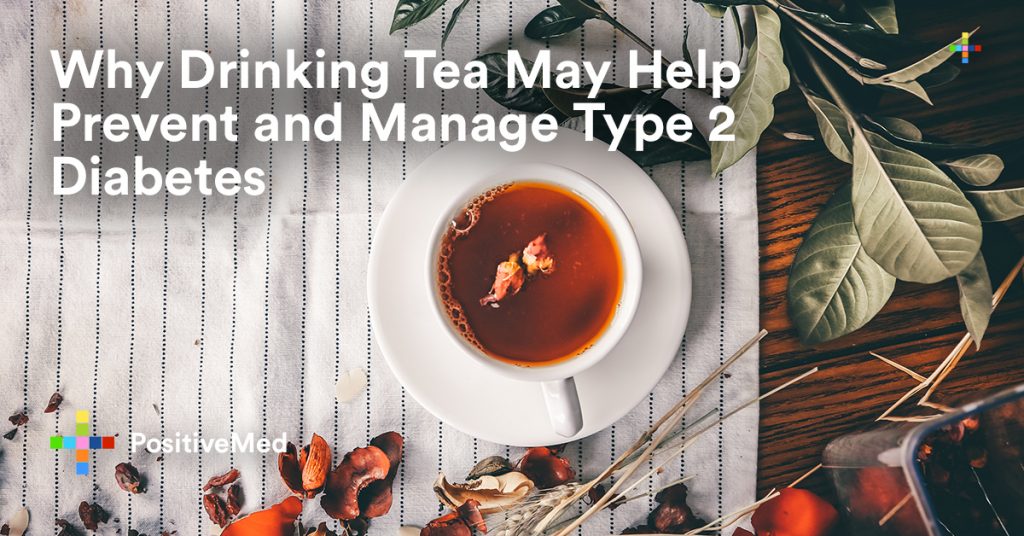 Coffee and tea are favorite beverages of many people. They can also reduce your risk of certain diseases and boost your metabolism. Now, you have even more of a reason to love your morning cup of Joe or tea. Studies have shown that drinking beverages can help women with diabetes to live longer.

Scientists in Portugal conducted the research and presented it at the annual meeting of the European Association for the Study of Diabetes, which was held in Portugal from September 11 to 15. More than 3,000 were observed in the study. All had diabetes and tracked their coffee, tea and soda consumption in a diary.

Men with diabetes didn’t seem to get the same benefit from consuming tea and coffee than women did. The study determined that women who have diabetes who consumed up to one cup of coffee per day with 100 milligrams of caffeine were 51 percent less likely to die than those who didn’t consume it. The study was conducted over a period of 11 years.

Women received great benefits after consuming caffeine, whether it came from coffee or tea. However, the specific benefits they got to their health depended on the beverage they drank. Generally, moderation is usually a key factor when concerning caffeine intake, but it wasn’t the case in the study. When 100 to 200 milligrams of coffee was consumed per day, it was discovered that the women had a 57 percent lower chance of dying. Drinking two cups on a daily basis lowered that risk even further to 66 percent.

When study participants drank caffeinated tea, it was discovered that they received a benefit as well. Women who drank more tea were found to have an 80 percent reduced the risk of cancer-related death compared to those who didn’t drink tea with caffeine. However, at the same time, the study authors also reported that the sample of tea drinkers they had was extremely small and that the results should only be seen as starting points for more studies in the future.

The study authors went through information they had acquired that came from a study in the United States that included over 3,000 with both type 1 and type 2 diabetes. The data was gathered from 1999 until 2010.

During the study, around 600 of the participants died. The study authors made adjustments to the data they had collected on participants to include factors such as age, race, education level, income, weight, blood pressure, alcohol intake, whether they smoked and presence of diabetic kidney disease.

This particular study focused on individuals with diabetes, but it is still one of many that looks into the health benefits of caffeine. There are over 1,000 points of research that have examined the effects that coffee has on cancer, according to the American Cancer Society. In addition, the National Cancer Institute has estimated that over 50 studies have been published that focus on the correlation between tea consumption and cancer. Generally, the results have been inconsistent, although some of them show an indication between tea consumption and a reduced risk of breast, colon, lung, ovarian and prostate cancers.

While no one knows the true secrets to lowering their risk for cancer or elongating their life in general, health professionals agree that your best bet is to consume a healthy diet, avoid smoking, wear sunscreen and exercise regularly.