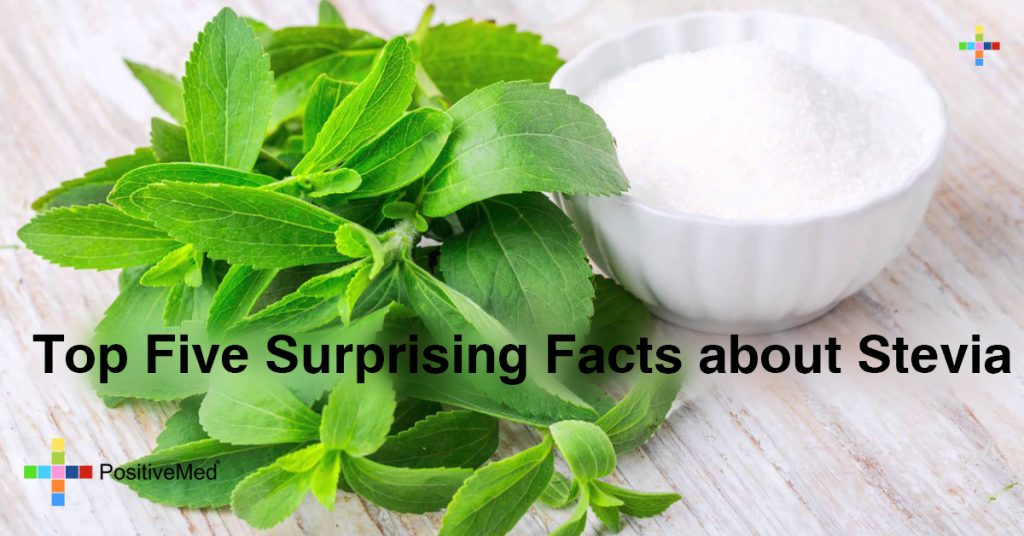 It was around the kickoff of last summer that I first glanced over what my body had gotten to be. Just as the winter was refusing to wither away, so was my mammal organism stubbornly holding onto the fat deposits it had gathered to resist the cold. No more, I decided right away.

At the advice of friends and relatives this “no more” quickly turned into “no more sugar”. Besides simply being fattening, I had discovered that sugar affected my body and brain more than I thought. Moreover, the usual sugar-like replacements, such as fructose, were proven to go as far as causing aging.

Just when I was beginning to accept the fact that I was going to be confined to eating celery for the rest of my life, I found stevia. A natural sweetener, stevia is a plant indigenous to South America, and it has been seeing a surge in popularity in the last years. Reading up on the subject, I decided to share with you several surprising facts about stevia.

For me, the biggest motivator when it came to giving up sugar was the fear of diabetes. Simply put, diabetes occurs when the pancreas no longer produces or responds to insulin. Beyond the rational fear of a cureless disease, I had to deal with the thought of having to constantly give myself insulin shots, despite my aversion toward needles.

Imagine my relief when it turned out that stevia has no negative impact on the glucose level in the blood. Conversely, it makes the body responsive to insulin doses and strengthens the pancreas. Stevia works as an actual medicine without the synthetic and artificial components. Turns out that it doesn’t just taste good. The more information I found about it, the more I realized that it’s also good for my health.

Now, I know what you’re thinking. It’s not fattening and it doesn’t give you diabetes? Why not charge at, from a culinary point of view, and munch on whole mountains of sweet stevia? Well, what you’re consuming is not actually the plant – it’s in fact Stevioside and Rebaudioside.

These are the compounds usually extracted from the stevia plant. As any compound, however “natural” the label sells it to be, Stevioside and Rebaudioside undergo processing. So, you’re not actually consuming the direct products of mother nature as there’s still some human, scientific involvement.  Although it’s safe to use it only as a sweetener, put as much stevia in your foods as you would sugar, not more.

You get two chances to guess. If you don’t get it right from the first time, take some stevia. Why? Stevia takes the place of sugar in stimulating your organism, and that includes the brain. In effect, you’ll be sending your body on a sugar-free sugar rush.

Almost all modern-day foods include sugar. The taste in itself has to be sweet, pleasurable, to sell the product. Whenever you pick up a candy bar, but not only, don’t forget that the marketing involved in its selling lies even beyond the flashy, colorful package. Your body will remember the taste and seek it again later. Despite being 200 times sweeter than sugar, stevia doesn’t hit your body as strong as it. As such, you won’t feel that post-sugar intake weakening.

4. This is an intervention.

As said before, almost all products today that are meant for consumption contain sugar or some form of sweetener. Now imagine that sugar is a drug, with all the heavy meanings and society-wide condemnations thrown on that word. In fact, you don’t need to imagine, as sugar has been scientifically proved to cause dependency.

Continuing our comparison, it is vital to note that sugar, just like any other drug, causes serious withdrawal if you try to give it up at once. Switching to stevia, besides maintaining your body’s dependency to sweet stimuli, can help you overcome your need for sugar.

5. It’s been replacing sugar for a long time.

History notes the Guarani Indians of the Amambay mountainous region of Paraguay have been using this “sweet herb” for centuries. Their knowledge of the plant was observed and adopted by the Spaniard settlers in the 1800s, replacing the luxury that was sugar. Ever since then, its use has been growing, and with good reason – if sugar is the drug, stevia is the antidote.

Armed with these newly-acquired facts about stevia, you’ll surely go on to boast about your new, healthy lifestyle, at every family dinner. And rightly so, why not convince others about the benefits of replacing sugar with mother nature’s own sweetener? Just don’t let yourself be discouraged by all the eye-rolling you’re going to see.

PrevPreviousCould You Have PTSD? 5 Signs and Symptoms That You Should Know
Next5 Ways To Help Premature EjaculationNext