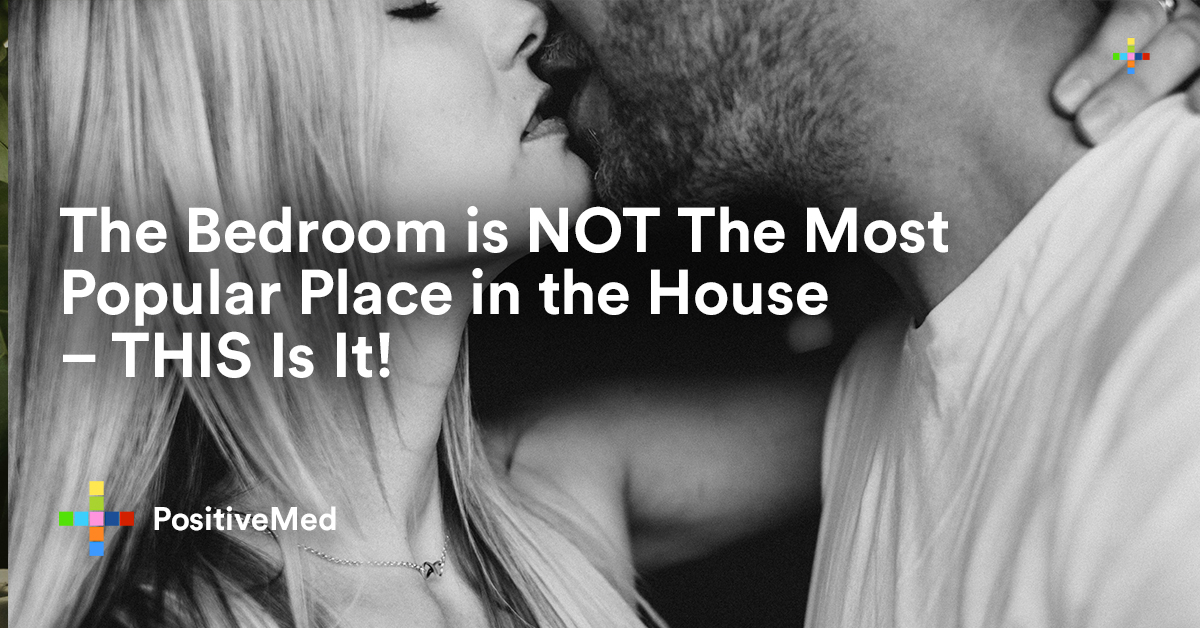 Home Lifestyle Relationship The Bedroom is NOT The Most Popular Place in the House –...
Share
Facebook
Twitter
Pinterest
WhatsApp
Linkedin
ReddIt
Email
Print
Tumblr
Telegram
Mix
Variety is the spice of life, or so they say. When a couple has been together for any length of time, the romance can fizzle if things are the same. Recently, Skyn Condoms did some research on the most popular room in the home for making love. While some will automatically say it’s the bedroom, the results may shock you. The bedroom is an important part of a couple’s relationship, but it’s not the only room in the house that gets plenty of action. The survey focused on people between the ages of 18-34.

The study found that 78 percent of couples love having romantic interludes right in the living room. The couch can be as comfy as the bed, right? Perhaps, it is the television and the material they’re watching that gets them all hot and bothered. The living room is one area that is all about rest and relaxation, so why not make it the first and foremost room for romance too?

Splish-Splash Love in the Bath

A shocking 75 percent of the people love getting clean while they are getting down and dirty. That’s right; if you guessed the bathroom you would be correct! The bathroom is the second most popular place for love. There’s something sensual about washing each other’s hair and allowing the water to trickle down your body. It’s one of the best ways to make love because clean up is a snap.

Closeness in the Car

Okay, so it’s not a room in the house, but a car was the third most likely place to have relations. For some people, the sense of getting caught heightens their stimuli and enhances arousal. The survey found that 54 percent of people said that they love-making in their car. Too bad they don’t make those big station wagons anymore; they had plenty of room. It’s kind of a nostalgic spot from yesteryear with old car hops and such. The car is a great place to take a date then and still one of the most preferred places now. RELATED ARTICLE: Not Feeling Desire For Closeness? Your Birth Control Is Killing Your Love Hormone

Again, this location that 34 percent of people prefer is under the clear blue sky and not behind closed doors. Whether it is the dark of night with all the stars shining bright, or under the sun’s glistening spell; making love underneath the heavens made the list. The stars are quite mesmerizing, especially for those who live away from city lights. Stargazing has always been a favorite pastime; now we know why.

Hump Back, Beach Shack, and Sand in Your Crack

The very last spot on the survey, for the most romantic places to make love, was the beach. Many glamorize love by the water, and the thought does sound tranquil. However, being in your birthday suit, while lying on the sand, does create for some low down and dirty problems. The setting is serene, but the surface is anything but. You’ve never lived until you’ve had the pleasure of combing sand from your crack. While 19 percent preferred to make love on the beach, the rest skipped the mess and opted for a cleaner location.

For me and my husbthe and, romance was always special no matter where we were. We could be in the kitchen or in the bedroom; it was the being together aspect that made it so special. After you’ve been with a person for any length of time, you get bored with the same positions and routine. You must spice up your relationship by moving on from you current state and exploring something else. This can be a position or a location, or both. Where’s the craziest place you have made love?