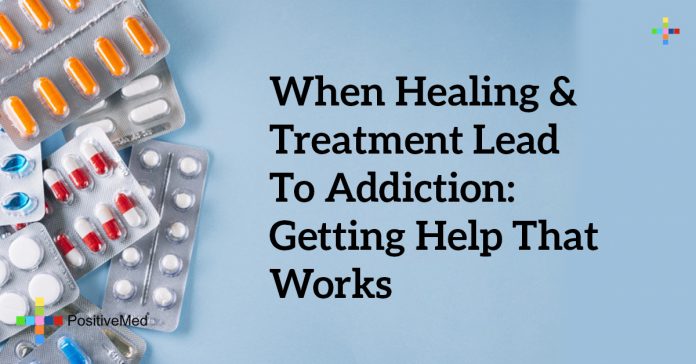 Modern medicine provides millions of patients with daily relief from debilitating pain and injuries. In fact, billions of dollars in research continue to provide doctors with a myriad of different drugs they can tailor to specific needs of a wide range of patients. The great majority of these drugs are only available by prescription, a process intended to limit their use to specific treatments and needs. However, that control is increasingly not enough to avoid serious problems of abuse.

When the Good News Turns Bad

Because of the great aid these drugs provide in managing pain and treating a variety of ailments, they are used by more than 48 million Americans aged 12 and older. These numbers from the National Institute on Drug Abuse indicate that at least 20 percent of all U.S. residents are taking some type of prescription drugs. This widespread use is up dramatically in just the past two decades.

Unfortunately, this significant increase in drugs and prescriptions also means the abuse of such drugs is also increasing rapidly. This abuse has created a growing crisis that includes:

However, compared to the traditional illegal drug trade, most addictions to prescriptions drugs begin with well-intended use. When patients suffer painful injuries, endure major surgery, or have other pain-inducing ailments, they are prescribed drugs that fight that pain and aid in healing.

However, this initial voluntary use can, over time, actually cause changes in brain chemistry and one’s psychosocial balance. These factors, along with ongoing need for dealing with pain, will often create both a dependence on the drugs. At the same time, one’s judgment and self-control is affected by many of the more powerful drugs in use today.

The Drugs that Create Dependence

It is important to understand that many of today’s drugs are so effective and targeted that it is virtually impossible to avoid addiction if they are over used or over-prescribed. The three primary classes of drugs at the heart of today’s prescription drug crisis include:

• Stimulants such as methylphenidate or dextroamphetamine and other amphetamines. These come with brand names such as Adderall, Ritalin, Daytrana, Concerta, Methylin.  These drugs are prescribed for such problems as sleep disorders and attention deficit disorders

• Opioids. A variety of generics and brand names are opioid-based and are used as effective pain management drugs. The morphine and codeine used in such brands as Avinza, Kadian, Astramorph, and others are particularly useful in treating the ailments of a growing senior population and chronic pain.

• Depressants targeting the central nervous system. Again, a number of different benzodiazepines such as Valium, Ativan, Xanax, Klonopin are prescribed to deal with sleep disorders, anxiety, and certain nervous conditions

When these drugs are used for only a short time and under proper supervision, they seldom create problems with abuse and addiction. However, problems occur on several fronts. This includes long-term use for persistent problems and pain, as well as purposeful use and abuse. Access to these drugs has increased over the past few decades with a growing number of online pharmacies and a sophisticated illicit market.

Because of the euphoria these drugs can produce in individuals, particularly when combined and used in dangerous combinations with other substances such as alcohol, addiction has become common. While the different drugs have different effects by themselves, they have unknown and very dangerous affects when combined or abused over longer periods of time.

For example, stimulants provide individuals with a “jumpstart,” providing an immediate increase in alertness and energy. Unfortunately, these and other drugs in the above classes often require increasing doses to maintain the same effect on the body. This is another aspect of prescription drug abuse that increases the growing level of addiction.

Not a Matter of Self-Control

If you or a loved one has fallen victim to this prescription drug epidemic and are addicted to one or more drugs, it is important to seek professional help. Breaking this dependence is no simple task and not one you can handle on your own. Fortunately, there are reliable and effective professionals, such as those you will find at Beachway’s treatment facility, who can help. Start the process to break the addiction today with one confidential phone call.