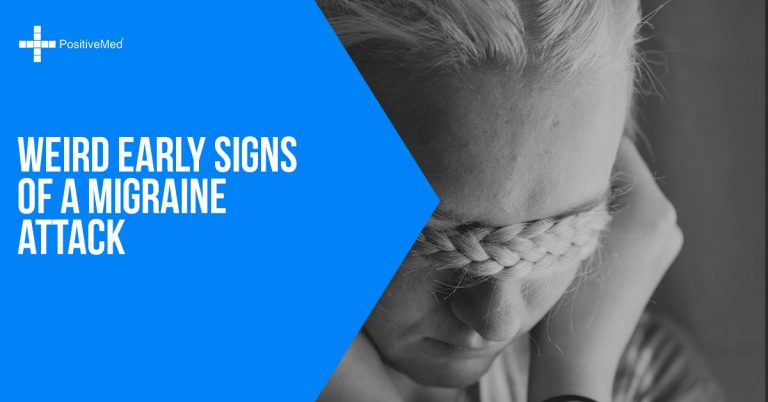 People who already suffer from migraines know that the pain of a headache can be presaged by some truly weird phenomena. It is a good idea for people who’ve never experienced a migraine or people who have a loved one who has to recognize at least six of the weirder signs of a  migraine attack.

This is the classic sign that a migraine is coming, and the person should get to a quiet, dark room if they possibly can. Many auras are visual. The person sees flashes, zig-zags, spots or lines of light. Other people see double, become dizzy or go temporarily blind. The aura can last a few minutes to about an hour, but it goes away when the pain starts. Some people have auras but do not have headache pain.

Other people may hallucinate music or other sounds during the aura.

Continuous yawning when the person isn’t particularly tired can be a sign that a migraine is developing.

The person may begin to have cravings for foods like chocolate. The irony is that once a headache begins they might be overcome with nausea and vomiting.

This is also a sign of an aborting migraine headache. This frequent urination can happen as little as an hour before or as long as two days before the headache attacks.

RELATED ARTICLE: How to “Feed” Your Vitamin Deficiencies to Stop Headaches and Migraines

The person can veer between depression, excitement, and irritability before a headache. There is some evidence that people who suffer severe depressions are at risk for chronic migraines.

This is also a sign of a migraine, but it can also be the sign of a transient ischemic attack or a mini-stroke. It can be accompanied by numbness, tingling, weakness or even temporary paralysis on one side of the body. Other people feel that they’re being touched. The person needs to seek medical advice if these symptoms occur.

Other migraineurs have insomnia, which exacerbates the pain and frequency of their headaches. Some people develop what seems like sinusitis. Their noses run, their eyelids droop, and their eyes become watery. Some of these people believed they were having sinus headaches, but they were, in fact, having migraines.

People also experience eye pain that they blame on their eyes were strained and pain at the back of their neck. The neck pain can come before or after a migraine attack. Others find that their headache is made worse by bright lights, loud noises, and even certain odors. Even walking past a perfume counter in a department store can be triggering.

Doctors don’t really know what causes a migraine, but they suspect heredity and environment combine to cause changes in the patient’s brainstem or the levels of chemicals in the brain. One of the chemicals is a neurotransmitter called serotonin. The levels of this chemical drop when a person is having a migraine and might cause the trigeminal nerve to secrete neuropeptides. The trigeminal nerve is found in the head and is responsible for sensations felt in the face. These neuropeptides it secretes can irritate the outer membrane that protects the brain and cause the pain of a migraine.

Though migraines can be mightily painful, they are not life-threatening for most people. However, a person who has never had one before and starts feeling symptoms that are very strange should see their doctor make sure that it’s a migraine and nothing worse.