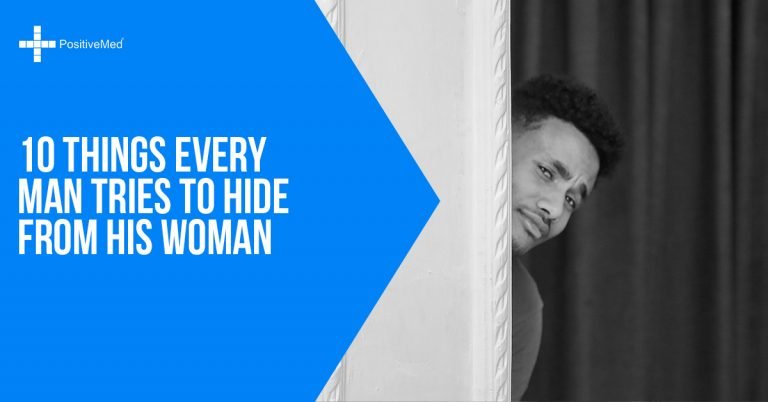 Men Will Always Wish They Were 25 Again

No matter how much a man loves being with you today, he will always fondly reflect on his misguided youth. He’s not going to leave you to join a retro-rock band. This might at least explain why he might come home from WalMart with a leather steering wheel cover or a new copy of Springsteen’s Born To Run CD.

Men Are Terrified When Women Drive

It’s not PC. It doesn’t matter. Secretly, men are internally reduced to a quivering mass of flesh when a woman takes his car keys. Men secretly accept the fact that when you drive they may die at any given moment. Diplomacy prevents many men from confessing their fear of being turned into a crash test dummy.

Men Don’t Really Understand What Women Are Talking About

Women sometimes pause during their day to think about relationship issues. When they get home they want to discuss them. Men nod and claim they understand but they don’t. It’s not that they don’t care. It’s just that the area of the brain where they would use to understand what women want is already being used to stockpile sports trivia and stuff about cars.

Men Will Lie To Keep The Peace

This is related to the previous secret. Men may not always say what’s on their minds or pretend they understand what a woman is talking about because they are afraid an argument will escalate. Whether it’s “right” or not, a man will lie to keep peace in the relationship.

RELATED ARTICLE: What To Do When Your Man Lies to You

Sorry. Apologies to Gloria Steinem, Sigmund Freud and to any and all attractive mothers-in-law. Still, genes do tell. Men want the woman they want. They don’t want her mother.

A Man’s Self-Esteem Is Delicate

While some men are okay with admitting self-doubt or two especially in jest- men don’t like to refer to any part of themselves as “delicate”. Yet the male ego can indeed be delicate. Men like to know they’re the one you love the most and that they’re the best lover. If a man doubts his importance or his abilities his ego will suffer.

Yes, as they say in the 1991 Metallica hit, it’s “Sad But True”. In fact, most men are Simon & Garfunkel fans in that sometimes, rather than listen to women, they would love “The Sound Of Silence”. Experts state that since the male brain is significantly linear that having to communicate at work exhausts a man’s brain.

Men Are Unnerved By The Concept Of Commitment, Even After Making One

Men love the women they marry. Many men have even promised their lifelong fidelity before family, friends and even a videographer. Most men do not, however, grow up dreaming about the perfect wedding. No, men are obsessed with how many Britney Spears-like women they could do the hokey pokey with prior to breaking 30. It generally takes a couple of years (or maybe decades) to forget about that.

The most common thing every man tries to hide from his woman is that he has fears. A man will not tell a woman when he is scared. They face their fears with a brave face and keep their weaknesses a secret. He could be afraid of spiders or he could be afraid of losing his mate.