Lopsided Vagina: Are My Labia Normal? 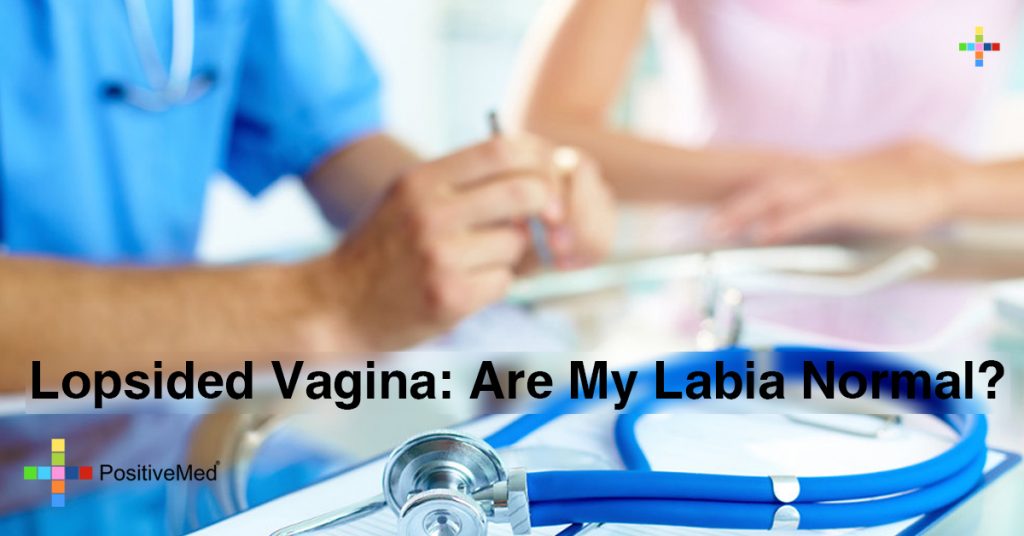 Self-love. We all know we’re supposed to love the skin we’re in but sometimes, it’s easier said than done. From comparing ourselves to Instagram influencers to wondering if we’re smart enough, we’re our toughest critics.

And just when you thought you had heard it all, now another factor comes into play: Our labia. Yes, we say it.

For some unforeseen reason, possibly after sneaking a peek at the gym, we’ve decided that we need to critique our lady parts, which puts the ball in motion for crippling bouts of anxiety and even cosmetic surgery.

What are My Labia, and Where are They?

It may sound silly, but some women don’t really know what or where their labia are. They might even think of that area as one unit without a variety of working parts.

The labia majora as the large lips that you see when you look in a mirror. Unless you wax or shave, they are usually covered by hair. Underneath, there is a set of thinner lips, which are the labia minora. Both sets serve protective purposes for vulnerable parts underneath.

What is a Lopsided Vagina?

Remember when we said you might have snuck a look while in the gym? First of all, it’s totally okay, not to mention normal. Even as adults we’re curious about our bodies. But what if you took a peek and saw that your bestie’s lady parts are nothing like yours.

In fact, maybe now you think your parts down under are lopsided? If you’re super close to your friend, you might have asked, “Do you think I have a lopsided vagina?’ before you knew the words were coming out of your mouth.

If this sounds like you, and after you recover from the shock of asking someone who isn’t your gynecologist that question, know that just like variations of height, weight, labia also come in a variety of shapes and sizes. Some match and some don’t. There can be variations of color and size. Yours may be tight and tiny or long and loose. In fact, it could be thin, wrinkly, light or dark! The possibilities are endless.

Women are usually more worried about the appearance of the labia minora. If they hang a little lower, they often think that they have some kind of anomaly. This is 100 percent untrue. Sometimes, the inner labia stays tucked in but other times, they do stick out.

There may be times when things look a little lopsided as well. Keep in mind that this too is normal. As long as you’re not in physical discomfort or having issues with clothing and being intimate, you’re good to go.

Why are Women so Hard on Themselves?

As crazy as it sounds, even labia now have to live up to a certain standard. Thanks to adult films and the trend of taking it all off when getting waxed, women started thinking that maybe what they have isn’t what they’re supposed to have.

What’s even more insane is that this has caused a massive increase in the number of women seeking cosmetic surgery for what they consider to be abnormal. According to the American Society for Plastic Surgery, labiaplasties have been on the rise.

So, if after frantically searching online or asking your bestie, “Is my labia normal?” doesn’t put the mind at ease, you can always follow up with your gynecologist. Understanding the logistics of how our bodies differ can spare you endless nights of worry.

PrevPreviousHow Old are your Organs? To Scientists’ Surprise, Organs Are a Mix Of Young and Old
NextDr. Jonathan Perlin: 270,000 Americans Die Annually from this Strange Disease – Here’s how to Protect Yourself  Next