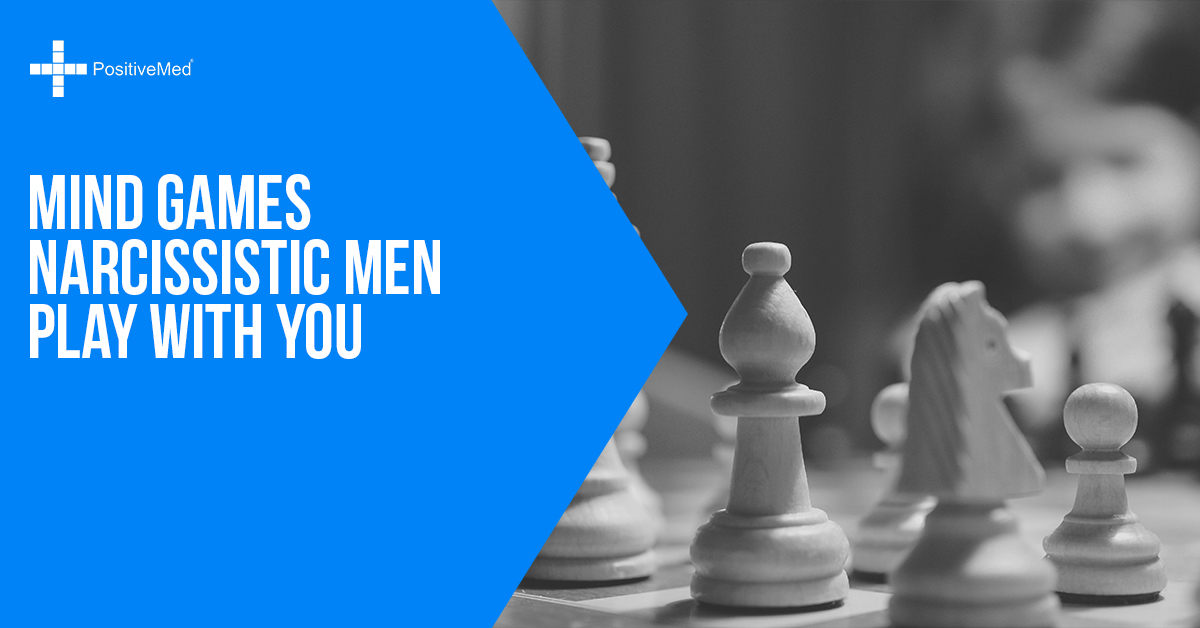 Have you fallen in love with narcissistic men? Yuck. The serious truth is that a narcissist can be one of the toughest personalities to deal with. Let’s back up a second. What exactly is a narcissist? Public perception is that it describes a person in love with themselves, but that’s not phrased correctly. Consider a narcissist to be in love with an idealized self-image that he can never hope to measure up to. See the difference? Despite the apparent out-of-control self-esteem and braggadocious behavior, at heart, he feels like a wounded ugly duckling. Try to keep this in mind the next time you want to punch his lights out when you run into the mind games narcissistic men play in relationships.

With a narcissist, there’s no such thing as a two-way conversation. It’s like talking into a void. The moment your views don’t line up with his, expect to be corrected, dismissed, or ignored. And woe is unto the wife or girlfriend who makes the mistake of trying to move the talk in a less him-centered direction. Your “loving” narcissist will quickly turn the convo back to where it should be – talking about him. There will never be any genuine interest in your feelings, dreams, or opinion because of it, quite simply, is not important to him. What is important is that you feed his ego at every opportunity. Sounds like fun, right? You signed up for it.

If it seems that your significant other is into impressing other people (including you) with all his stuff, you’re not wrong. This is hallmark narcissistic behavior. Think back to the first paragraph. He’s trying to keep up with a distorted self-image. He thinks a person of his grandiose stature needs plenty of “trophies” to prove that he’s better than – well – everyone.

This complex shows up in all facets of his life: romantic and $exual relationships, physical appearance, money, religion, professional life, and more. It’s exhausting to be involved with a narcissist if for no other reason than his incessant drive to show people he’s better than them. The display is meant to proclaim his worthiness of admiration from absolutely everyone he knows.

There’s no doubt about it, at first glance a narcissist can be a real charmer. If it seemed like your man changed the moment he felt he “had” you, that’s not surprising. A narcissistic personality is often described as persuasive and charismatic – a real life-of-the-party kind of guy. The problem pops up once he becomes bored or feels you no longer have anything to offer him. That’s when the attention stops and he is ready to find a new person to impress. This particular mind game can be terribly destructive to the other half of the relationship. What can you do to change this? Unfortunately, not much.

The bottom line is that loving a narcissist can be almost impossible. Your best bet is to be aware of this particular disorder and never get in too deep with a guy you suspect has these tendencies. There will likely be a need for serious, long-term counseling and even that might not have much chance of success. Remember, the narcissist believes he is superior and smarter than the counselor, so puts little stock in what the professional has to say. The potential mental and emotional abuse suffered at the hands of this kind of a person can make life miserable. If you think he might have a narcissist tendency, don’t walk, run away!