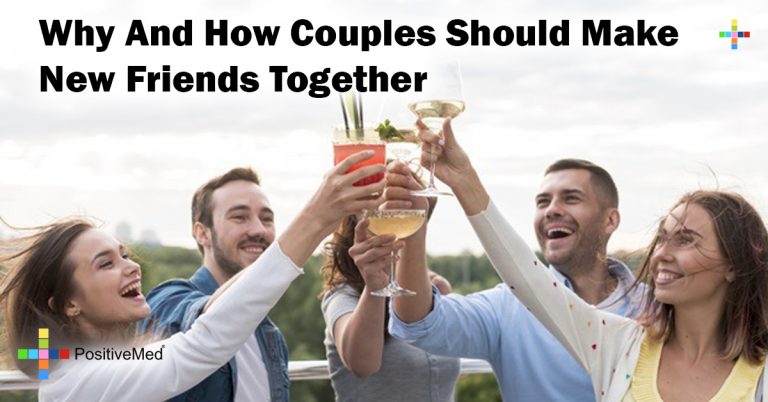 Everywhere you look, there seem to be experts saying that doing any number of activities together will keep your relationship strong. Although many of those things may help, there is a newcomer to the list, and it involves making friends. According to a recent study, couples who made friends together enjoyed a closer relationship.

In the study, researchers took roughly 150 couples and divided them into two groups. In group one, participants were asked a series of deeply personal questions, such as asking if there was something in their pasts that they would change if they could, and why. The second group of participants were couples who were asked to answer the kinds of questions you’d hear during small talk. Some people were grouped with other couples, and some were asked to answer the questions with their partner.

The researchers were surprised by the results. Couples who answered the more personal questions when with another couple reported that they felt closer to and more positive toward one another than the group that only engaged in small talk. Researchers say that this may indicate that making friends might make people view their partner in a new light. According to the study’s authors, “Founding new friendships with other couples can be a novel way to bring back the passionate spark in an intimate relationship.”

One possible reason for this phenomenon may be that we’re making comparisons. This is not an entirely conscious process, but people tend to compare their love lives, and their lives in general, to those of the other people they meet. It could be that the reciprocal sharing of personal details with another couple helps us to realize how good we have it. In turn, this makes us feel a deeper appreciation and love for our partners, which often translates to increased desire and passion.

Most couples will eventually find themselves feeling like their relationship is stagnating, or like they just haven’t been as “in love” as they used to be. If this is the case for you, consider making friends with another couple. Consider going on a double-date with that nice couple from work, or invite some acquaintances and their partners over for a social evening.