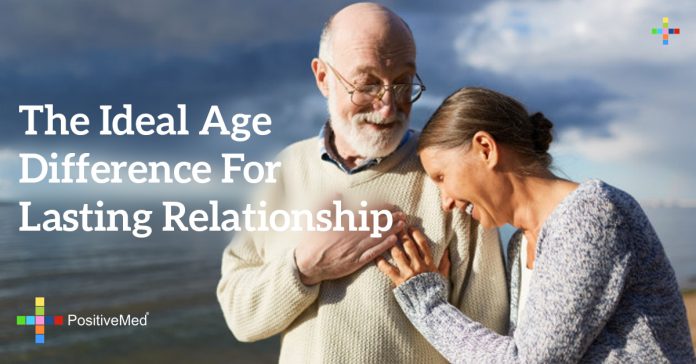 There may be a certain amount of romance in “May-December” relationships where one partner is significantly older. However, people from two separate generations dating can face many misunderstandings and disagreements. It might be common for older men to date younger women, but this does not always lead to healthy relationships. A lot of research on this subject has been done by gender studies experts, psychologists, and human behavior experts. This research shows that age difference definitely make a difference in a relationship.

Age Differences That Cause Problems
Researchers at the Emory University found that couples were likely to divorce if they had a bigger age difference. A five year age gap leads to an 18 percent risk of break up, and a 10 year age gap results in a 39 percent increased break up risk. Couples who had an age gap of 20 years were 95 percent more likely to break up. The researchers found that the risk of a relationship ending got higher as the age difference increased. Not only was the eventual risk of failure higher, but a big age gap made the relationship end earlier.

The Best Age Difference for a Couple

RELATED ARTICLE: 4 Unexpected Benefits of Dating A Man Your Own Age

According to the Emory University study research group, one specific age difference had the lowest break up risk. Couples who were just one year apart only had a 3 percent chance of divorce. Couples who were just a year apart in age were more likely to stay together regardless of if it was the man or the woman who was older. Smaller age differences also raised the likelihood of a couple staying together for a while, even if they eventually divorce.

Why Age Differences Matter
Relationship experts theorize that it is not age itself that makes a difference. Instead, differences in experience, earning potential, education, life goals, and interests are what actually makes a relationship end. However, age really affects all of these factors. For example, an older partner may want to settle down and start a family while a younger person wants to party. Younger people may prefer more athletic or technology based activities than older people. Ultimately, people far apart in age are just less likely to understand each other and desire similar things.

Does Gender Affect Age Differences?
Whether or not a couple stays together does not seem to depend on if the man or the woman is the older partner. Research by psychologists at Endicott College found that men supposedly wanted a younger partner while women wanted an older partner. However, when they actually dated a person in their preferred age range, it did not always work out. About half the time a date with an older man went well, and half the time it did not. There was no conclusive data to support the idea that the older partner being male actually made a date better.

How to Make Your Relationship Work
Of course it might be ideal to find a partner in the best possible age range for you. However, many people are already in relationships with a significant age gap. You do not have to give up on your relationship just because research shows you have a higher risk of breaking up. Each relationship is different and your unique situation might end up working. Research into what makes a relationship works emphasize the importance of flexibility, communication, compassion, and realistic expectations. If you can compromise and listen to each other, your relationship has good chances of surviving regardless of age.
[/nextpage]