PositiveMed The Positive Side of Medicine
Home Lifestyle Relationship What Information From His Past Should Actually Matter? 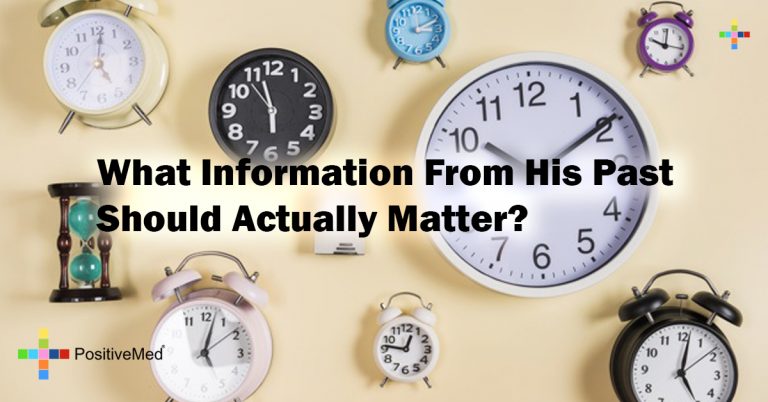 When you enter a new relationship, you’re probably going to learn a lot about the person you’re dating, from childhood memories to what kinds of foods he likes. However, while these things help you get to know someone, you also want to know about the things that could spell trouble if you decide you want to take the relationship forward. Here are some things about his past that might actually matter.

Did the man you’re involved with cheat on his past lover at some point? Even if it wasn’t you he cheated on, it may still bother you. Studies report that women are generally more bothered by the emotional aspects of cheating than the sexual ones. If he did it before, he might not be averse to doing it again, this time to you. It can be difficult to have a healthy relationship when you’re worried about losing his time and attention.

It’s highly unlikely that you’re the first woman he slept with. However, you should consider if your position in the notches on his bedpost will be upsetting. You may always find yourself questioning your ability to satisfy in the bedroom when you’re thinking of how much experience he’s got under his belt.

A criminal background might just mean he got caught drunkenly urinating in an alley behind the bar one night. However, it could just as easily be more serious, like a violent offense. It’s important to know these things before you jump into a relationship with someone.

Did your new beau spend most of high school or college high as a kite? Even if he hasn’t toked up since graduation, is there a possibility that his past drug use could make you think you have widely differing moral fabric?

A past divorce can make anyone uneasy. It might just be that he was incompatible with his ex-wife, but it could also mean that he has commitment problems or a tendency toward undesirable or problematic behaviors.

Money is one of the most common causes of relationship problems. If he’s in significant credit card debt or has a history of bankruptcy, it could indicate irresponsible spending habits.