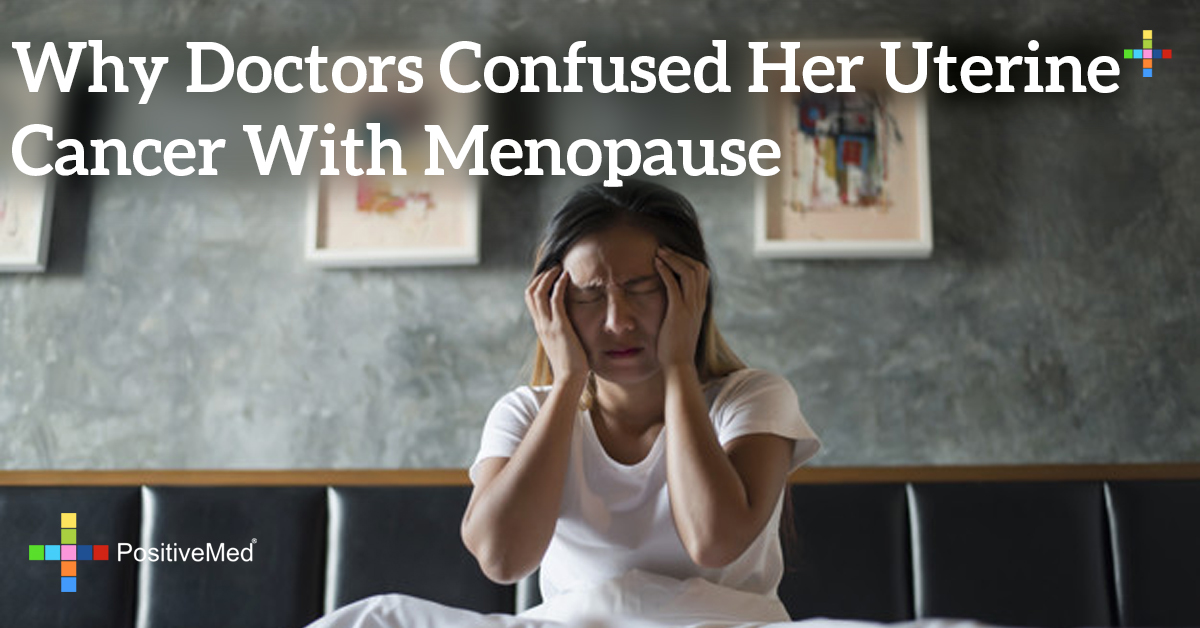 Why Doctors Confused Her Uterine Cancer With Menopause

When Sharon Rae North was 52 years old, she noticed that her cycle was becoming unpredictable. Because of her age, Sharon believed that these changes were due to menopause. Her doctor believed that this was the case as well. After a while, Sharon became concerned, and her intuition was telling her that there was a more disturbing reason for her symptoms. She started to look into her symptoms further and was assertive with her doctors. This is how she saved her own life.

By the age of sixty, most women experience the end of their monthly cycles and their reproductive years. Women in their 40s and early 50s begin this transition through perimenopause. A shorter cycle is a common change that takes place during this time, and irregular cycles are a sign of perimenopause as well. When Sharon first visited her doctor, she was experiencing these exact changes. Her doctor didn’t connect that her irregular cycle was a symptom of cancer, even though premenopausal women with uterine cancer often experience irregular cycles and spotting.

As an added precaution, Sharon’s doctor had ordered a test to measure the level of follicle stimulating hormone in Sharon’s body. This hormone is released by the pituitary gland, and it controls the production of eggs and the menstrual cycle. Sharon’s follicle stimulating hormone levels were elevated, which is consistent with menopause. Irregular hormone levels are also a symptom of uterine cancer.

RELATED ARTICLE:  Irregular Periods: When You Should Worry About It
[/nextpage] [nextpage title=”…”]

Four months after Sharon’s initial visit, she began to notice a watery discharge. It had no smell, and it was colorless. Her doctor was not alarmed because discharge that does not have a foul odor or unusual hue is not a cause for concern. Sharon later learned that this kind of discharge is an indication of cancer because the cells that line the opening of the cervix are damaged and produce this discharge.

Getting a Second Opinion

Sharon scheduled an appointment with another doctor because she could not help be feel that something else was wrong with her body. Once her new doctor learned of her family’s long history with cancer, many tests were ordered to determine what was happening with Sharon.

Just four days after the tests, Sharon received a call and learned that she did indeed have endometrial adenocarcinoma, a form of uterine cancer. Sharon underwent an hysterectomy that removed her uterus, cervix, ovaries, and Fallopian tubes. The doctor had caught the cancer early enough that Sharon did not need chemotherapy. She later learned that she also has Lynch Syndrome, which is a genetic predisposition to several types of cancer.

Women who are experiencing these symptoms should be assertive in getting the proper care and diagnosis. Sharon’s intuition played a big role in saving her life. Sharon urges women to listen to their feelings and to pay close attention to their bodies. It is important to keep track of your cycle so that any changes can be brought to a doctor’s attention. Sharon also suggests getting screened for Lynch Syndrome if there is a family history of cancer.