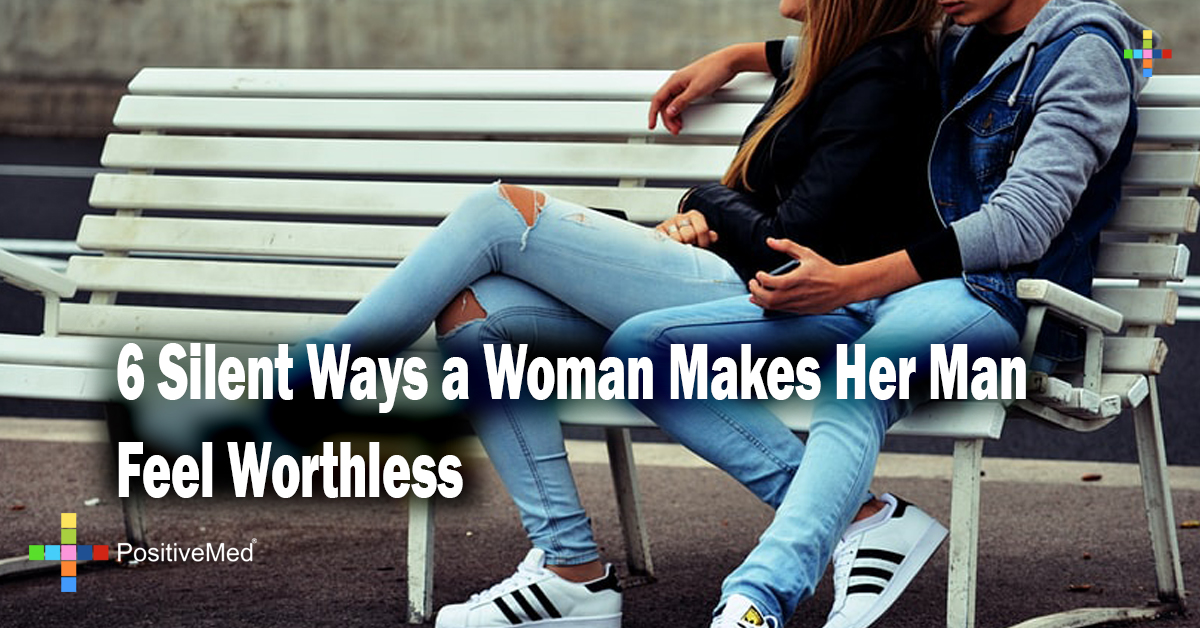 Discussions of men abusing women are rather common, as should be. However, we should also consider the scenario when the tables are turned. What about when it is the woman who makes her man feel worthless?

It is not like it never happens, and yet for one reason or the other, society avoids this topic.

This article is not meant to shame women, but to highlight some of their destructive habits. The actions listed below usually leave men feeling quite worthless.

1. Resisting or not initiating casual affection
Your husband will want to show his attraction through ways other than $ex if he loves you. A hug, kiss, cuddle, back rub, and even holding your hand are a few of such affectionate actions. When you do not initiate, seem uninterested, or ignore such casual acts of affection, your husband feels used and worthless.

Although most men would prefer the leading role in a relationship, it does not mean dominance. The confidence of men is destroyed if it has to be them initiating all the affectionate gestures, especially if their partners lack effort.

READ ALSO:  These Phrases Might Harm Your Relationship, Avoid Using Them!

2. Looking at your phone while conversing
Such an action while carrying on a conversation with your husband is similar to a slap right in the face. This action bears the nonverbal message that a woman does not care enough about whatever the man is saying be fully attentive. Today, this is an ever worsening issue in our tech savvy and digitally obsessed society. Digital distractions are not worth making your man feel like such a trivial sideshow.

3. Flirting
In marriage, fidelity involves much more than just being !nt!mate with your significant other. Fidelity includes not doing anything that shows you are interested in anyone other than your partner, which includes not flirting. A fact that is particularly important to keep in mind when it comes to social media and texting.

You might not realize that you are flirting, or you might take your playful or friendly actions as innocent gestures. Regardless, your man will definitely notice such acts, which will make man feel worthless. It is important to note that same as every concept on this list, not flirting applies to both women and men.

4. Spending most of your time in the company of your girlfriends
It is ok to spend most of your day with girlfriends when you are single, but not once you get married. One of the main reasons your husband asked for your hand in marriage is because he would like to spend as time as possible with you.

RELATED ARTICLE: 15 Hidden Signs She Is Using You

5. Making the important decisions without consulting him
Marriage means the unity of two people’s lives in love. Without a fundamental aspect such as unity, a marriage cannot succeed and will eventually become nothing more than merely living together.

Making the important decisions without consulting your husband will make him feel you do not necessarily value his opinion. Such actions might additionally cause loss of trust in the relationship.

Take the time required to evaluate and discuss every important choice with your partner. Avoid the assumption that you already know what your partner would go for when it concerns the major decisions.

6. Entitled or ungrateful attitude
Good husbands would like to make their wives happy and also provide beautiful things. Obviously, men are not always able to do this, usually due to a variety of circumstances even though they try their best.
Husbands feel worthless whenever wives act entitled or ungrateful. There is no point of trying your best if your partner will not appreciate it. Do not allow entitlement to creep in and negatively impact your marriage.

Staying humble and hopeful is important. Respect, fidelity, affection, gratitude, and time are important aspects of keeping your marriage strong and ensuring it is successful.

Avoiding the harmful habits listed in this article will result in your partner feeling like a million bucks as opposed to feeling worthless. Although it will require some conscious effort on your part, your marriage will strengthen over time, developing into quite a valuable relationship.