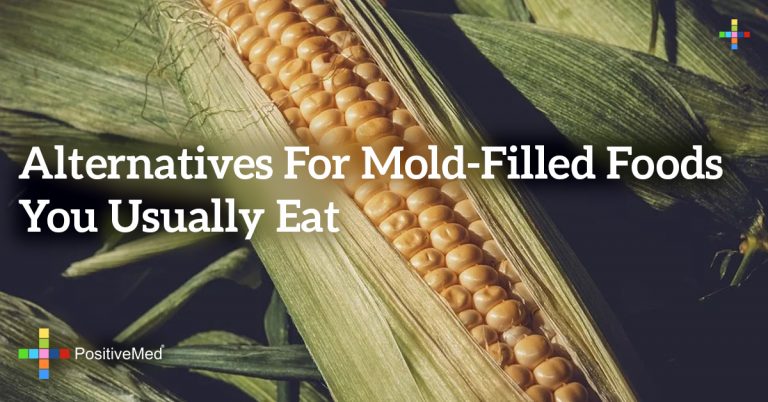 Food allergies are all too common in this day and age, but you probably aren’t aware of another allergen that plagues many of the common foods we eat everyday. That allergen is mold or mold-filled foods, and it is far more prevalent in the environment and on our food than you might realize.

Mold itself isn’t that dangerous, in fact we ingest large amounts of it on a regular basis without even knowing it. The issue arises when mold, fungus, and yeast start to release mycotoxins into your food. Mycotoxins are quite toxic, and can easily kill a person in large enough doses. Contaminated crops can reach a lethal level of mycotoxins without any trouble.

Smaller portions of mycotoxins, like those you might expect to find in contaminated food, won’t kill you, but they can cause a number of unpleasant health effects including certain autoimmune conditions and even cancer. There are a lot of factors that determine the extent of damage due to mycotoxin exposure, like your age, general health, and how much you were exposed to.

Mycotoxins are present in a number of different common foods, so if you are allergic to mold or want to avoid developing an allergy to it, you should consider dumping these from your diet.

There are over 20 different strains of mold that are commonly found in peanuts, and many of those are known to release mycotoxins that cause cancer. Mold is even found in peanuts that have undergone sterilization on their surfaces. Try walnuts or almonds instead.

Rye is one of many grains that are often infested with some form of mold. After grains are harvested, they are typically stored in large silos for months at a time before they are used. This gives mold and fungi plenty of time work their way through the entire mass. Try rice flour or Garbanzo bean flour as a replacement.

Sorghum is another grain often used in other grain products, like bread, cake, cookies, and pie shells. Try rice flour, almonds, coconuts, or quinoa instead.

Sources of sugar, like sugar beets and sugar cane, are easily infested with mold after they are harvested. They also act as a source of food for certain fungi, including several that live in your body. Try raw honey or stevia instead.

Yet another grain, stored barley is usually just as contaminated as any other similar source of fiber. Even the products that are made from grains like barley are often infested with mold, like cereals or alcoholic beverages. Try replacing barley with lentils, garbanzo beans, couscous, or rice.

RELATED ARTICLE: 16 Signs You Have Mold Illness And What To Do About It

Perhaps the most famous grain on the planet, wheat is also the most susceptible to contamination from mold. Wheat is used to make many things, including bread and a wide selection of desserts. Rice, coconut flour, or any other gluten-free flour would be a good substitute.

Corn is contaminated with the worst array of fungi imaginable, and it seems to be in nearly every corner of the food supply. Many manufactured food products include some form of corn, especially with the prominence of high-fructose corn syrup in processed food. Try almond flour, sweet potato chips, or quinoa chips instead.

Yeast itself is technically a fungi, and alcohol is the mycotoxin released by it. While many people enjoy drinking alcohol, the negative health effects far outweigh the brief periods of fun. Alcohol causes all sorts of health issues including damage to your liver, kidneys, and digestive tract. Drink water instead.

Anyone who eats cheese on a regular basis is probably familiar with the appearance of mold on their cheese. Unfortunately, if you see even a spot of mold on a hunk of cheese, it probably means the entire thing needs to go. The mycotoxins released by these molds can travel throughout the entire block. Stick to soft cheeses.

Mushrooms are actually the reproductive structure of a fungi and not a vegetable. Even edible mushrooms are going to contain some form of mycotoxin. For instance, the common edible mushroom causes bladder cancer if eaten raw. Cooking the mushrooms until they change color will typically kill the majority of the fungi. Any vegetable is a good substitute as well.

By paying attention to your diet, you can cut out the majority of the mycotoxins you take into your system. It does take some work to make such drastic changes, but your health is worth the effort.