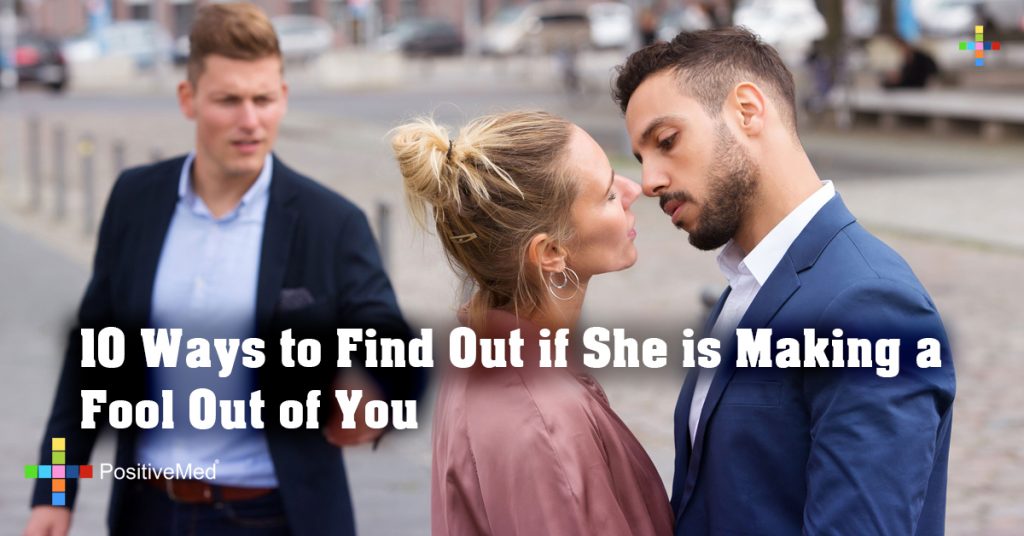 It is difficult for most men to admit when they’re being strung along by a woman. For some, it’s a pride thing. For others, it’s about not knowing how to read the signs. Below are tend ways to tell whether she’s making a fool out of you.

Who sends the first text? If you’re always contacting her first, you may be dealing with a woman who’s only in it for the thrill of being chased. Experiment with this by changing up your contact patterns – if you can stop contacting her and the frequency of your conversations drops precipitously, you’re probably being strung along.

The Friends and Family Plan

Do you know her friends and family? If you’ve been dating for more than a few weeks, you should have some contact with those she cares about. If you haven’t met anyone in her life, you should be a bit suspicious. She might be excited by the thrill of a secret relationship, sure, but it’s more likely there is some reason she’s keeping you secret.

What do you call the person you date? If she introduces you to friends – and especially male friends – as just another friend, you know you’re being led on. Don’t let the “let’s not use labels” thing fool you if you’re not on the same page. If she’s interested in a relationship, the labels won’t matter. If she’s not, you’ll find that the labels are more carefully avoided.

RELATED ARTICLE: 7 Signs Your Man Is Sleeping Around

There’s nothing wrong with playing the field. With that said, a woman who’s still dating other guys probably isn’t going to be relationship material. If your’e honest, this isn’t something you can pin on her at all – you knew what you were getting into when you started dating. It’s a good sign that she’s not invested in a long-term relationship, though, if she’s got someone else on the side.

As much as it’s nice to look for signs of being lead on, the only surefire way to know what’s going on is to ask. The great thing about this is that you’ll know one way or another even if she doesn’t give you a straight answer. A woman who won’t tell you if she’s leading you on probably has something to hide, so pay attention to what she doesn’t say.

“Maybe later” – these are power play words, to be sure. It’s a great way of saying no, but keeping interest. You know she’s leading you on if she always makes sure to rebuff your plans with the promise of doing something in the nebulous future. Unless you get a precise date, you might as well accept the fact that she’s got no real interest.

Is she overly concerned about whether you leave stuff at her place? Is she careful to make sure nothing of hers ends up at yours? If so, you’ve got a clear example of a woman who’s trying not to get too close.

The Not Right Now

As made famous by How I Met Your Mother, this is one of the key phrases that you can use to determine if a woman is leading you on. If you’re looking to get serious, she’ll let you know that she’s not looking for a relationship – at least, not right now. This is a method of keeping you on the hook, and it’s a clear sign that she’s leading you on.
[/nextpage]

PrevPreviousRelieve Your Constipation in No Time With This High-Fiber Remedy
NextWatch Why She Keeps Her Cooler On Her Porch…It’s Amazing!Next