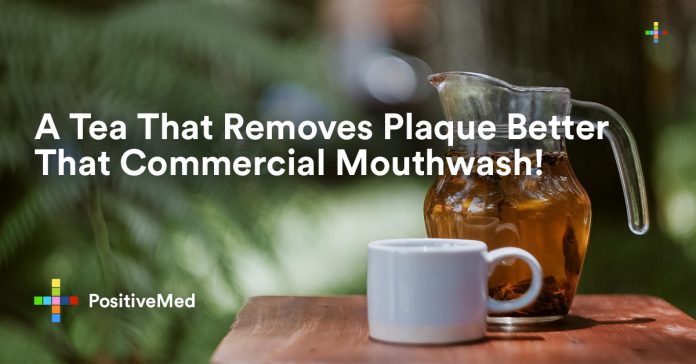 Why Your Mouth Health is so Important

Tooth problems are expensive, and for the average American, they can account for up to ten percent of total healthcare costs. Chemical mouthwashes are typically used for preventative treatment, but they can contain harmful materials. Teas and oils can be more beneficial than typical mouthwashes. Green tea has been used since 2700 BC to treat mouth ailments, and recent studies have proved that this tea can keep harmful bacteria from reproducing in your mouth. The result is better tooth and gum health. As an added bonus, green tea doesn’t stain your teeth the way that other teas can!

Why are Typical Mouthwashes so Bad for You?

Mouthwashes available for purchase typically include chlorhexidine, which can cause increased blood pressure. The Dental Journal of Australia reports that alcohol, another common ingredient in mouthwash, can dry out mucous membrances in the mouth and cause bad breath. The hexetidine in mouthwash can, over time, cause clotting within your brain. Methyl Salicylate is found in mouthwash as well, and overdoses of this substance can cause breathing problems and kidney failure. If all of this wasn’t scary enough, the methylparaben found in mouthwash may cause breast cancer.

RELATED ARTICLE: SEE WHAT HAPPENS IF YOU WRAP YOUR TEETH IN ALUMINUM FOIL FOR 1 HOUR

The Benefits of Green Tea Mouthwash

Green tea prevents cavities by lowering the acidity of the pH levels in your mouth. It can also prevent gum bleeding and tooth decay. Those who use a green tea mouthwash have a lower risk of developing periodontal disease, and individuals who suffer from bad breath known as halitosis can also see some improvement after rinsing their mouths with green tea. Bad breath is caused by sulfur compounds in the mouth, and green tea can effectively deodorize these compounds. Chewing gum and using chemical mouthwashes simply mask the odors for a short period of time.

If you’ve recently had mouth surgery, you may want to consider using green tea as a mouthwash. A study of 34 individuals who had undergone surgeries to lengthen crowns found that the people who rinsed their mouths with green tea showed better healing that those who had not. Another study done at the University of Texas found that green tea mouthwash slowed the growth of mouth tumors.

Further Studies of Green Tea as it Relates to Mouth Health

A study conducted for the Indian Council of Medical Research utilized 30 volunteers between the ages of 18 and 25 to test the effectiveness of green tea mouthwash as it compared to mouthwashes containing chlorhexidine and other chemicals. The study also compared green tea mouthwash to neem mouthwash. The result showed that green tea was more effective at controlling the accumulation of plaque. The green tea mouthwash also contributed to a healthier salivary pH and better gum conditions overall.

A 1996 study published in Biosci Biotechnol Biochem found that green tea contributed to a healthy coating on the teeth that protected them from bateria. The green tea was also found to kill harmful bacteria.

In this video from maximpulse, you will learn how to make your own green tea mouthwash. Once you have made the mixture following the instructions, simply swish it in your mouth for 30 seconds then spit it out twice daily. Peppermint tea can be added to improve taste. Links are available within the video if you’d like to learn more about the study conducted for the Indian Council of medical research.