What His Bedroom Performance Says About His Personality 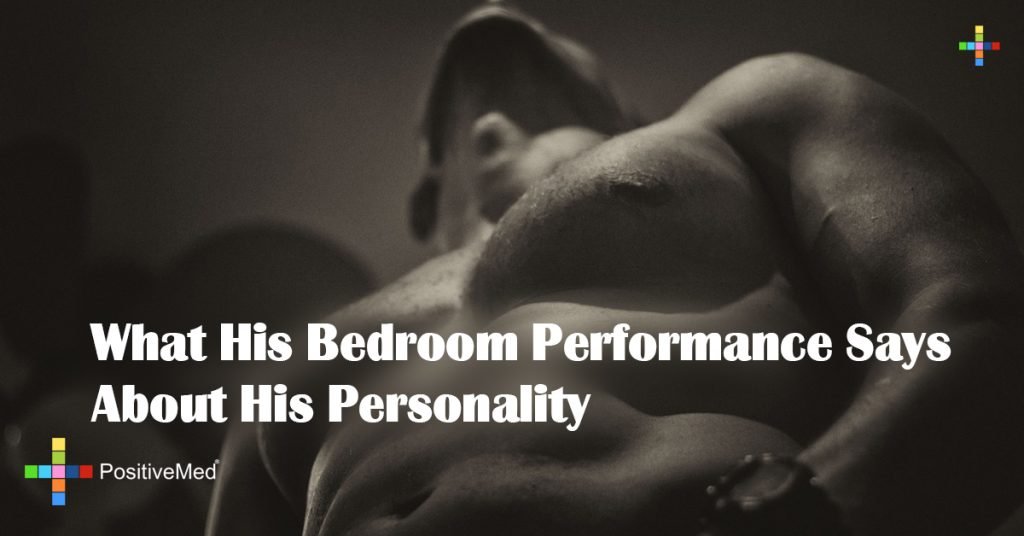 Finding a new love is exciting, filled with plenty of milestones that soon enough have you fantasizing about a future together. But don’t get too carried away just yet. There are lots of ways a man reveals himself, and many of those lie in his physical interaction with you. While it’s more than true you can have a happy, healthy relationship without going “all the way”, it’s also true that you need to pay attention to the silent cues a man reveals and use these to your advantage. Here are five criteria to consider the next time you bring a guy home.

What does his libido say about him? Well, if he’s a minute man, that may be a sign that he’s a one-and-done type of guy. Men who finish quickly without pertaining to your needs can be selfish and inattentive. Given that they’re more interested in satisfying their own desires, these guys can quickly get bored and it isn’t uncommon for them to get you into bed and promptly fall off the radar.

Men who can last longer, on the other hand, show a higher probability of being more committed and interested in a serious relationship. If he’s able to keep you satisfied and balance his own needs in the process, it’s a sign that he’s more attentive and capable of committing to a relationship.

In most societies, males are taught from a very young age to repress their emotions. As a result, they tend to express themselves physically and that means it’s up to us to figure out how they’re really feeling. One very common thing among men is to become more aggressive in the sheets when they’re feeling powerless and frustrated in their lives. Maybe he’s recently lost his job or going through a difficult emotional period. If you notice that he’s suddenly becoming more forceful when the lights go off, try to initiate a conversation afterward and get to the bottom of how he’s feeling.

A man who can’t open up beyond the bedroom isn’t one you should invest too much time into.

How Much He Wants It

Don’t ever confuse a man wanting to sleep with you as a sign of affection, but once you’re in a genuine, committed relationship, him withdrawing or asking for more are signals of how he’s feeling emotionally. If he suddenly doesn’t seem to hold a lot of interest in getting !nt!mate, then ask yourself what’s been going on between the two of you. Has there been extra bickering? Have you been on his case about a lot of things? If that’s not it, then see what else is going on in his life.

RELATED ARTICLE: Find Out What Your Partner’s Favorite Lovemaking Position Says About Him

Contrarily, if your significant other is suddenly craving you more than ever, it could be his way of reaching out. Make sure that work and life haven’t gotten in the way of your affection. Send him texts to let him know you care and be sure to offer him compliments that aren’t confined to the bedroom.

He Likes to Cuddle

Relationship expert Wendy Walsh, PhD, author of “The 30-Day Love Detox”, says that a man who likes cuddling in bed is one worth keeping. It’s a sign that he’s ready for attachment, and is subsequently much more affectionate and nurturing.

He Leaves Right After

If your man is the first to get dressed and be out the door after a romp in the sack, chances are he’s not serious about your relationship. Although not all men are cuddlers and may need to be cued in from time to time about what you need in bed, no one who is genuinely committed to you and loves your relationship will leave right after you’re together.

Overall, how a man performs in bed all signify where he’s at emotionally. A boyfriend who is suddenly withdrawn may be going through a hard time and need more than just a fun night between the sheets. A man who puts your pleasure firsts and takes his time indulging you is one who is far more committed toward strengthening your bond and going all in than one who finishes first and leaves you unattended.

Pay attention to how the man in your life treats you, and you’ll be able to discern exactly whether or not he’s the one you should be spending your time with.

PrevPreviousIs She Flirting With Your Man? Here’s What to Do
NextThe ONLY Tip a Man Should Follow to Spice Up Horizontal TangoNext