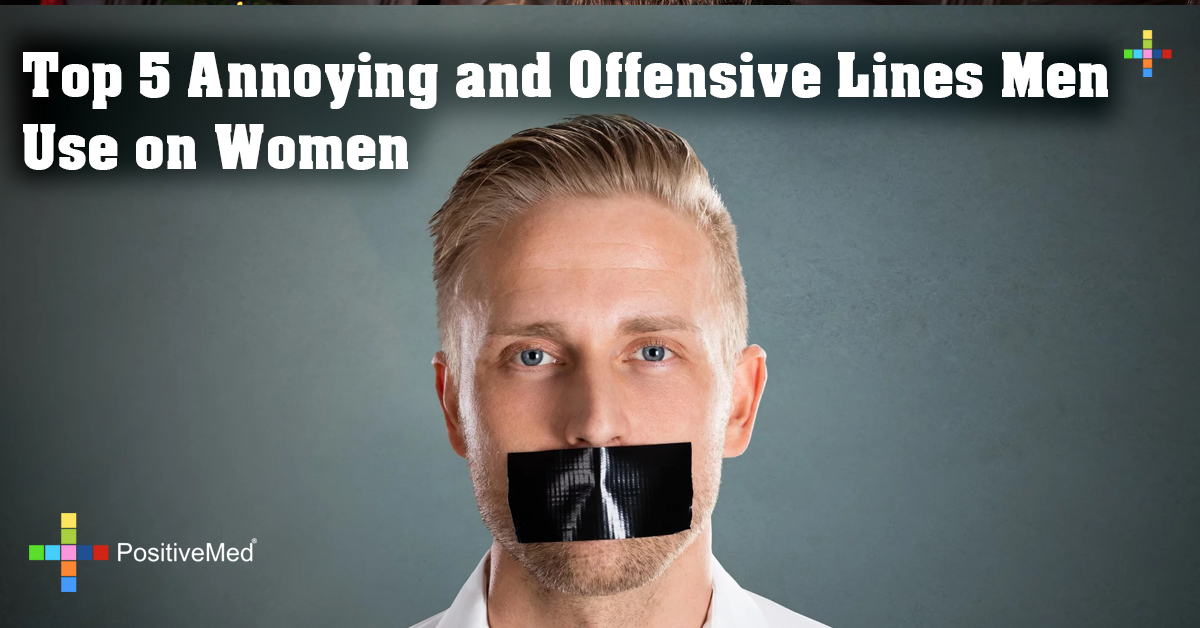 Top 5 Annoying and Offensive Lines Men Use on Women

There is no woman on the face of this earth, that wants to go out for a night on the town and be deluged with annoying pick-up lines. First of all, women are not “pick-ups,” and secondly, they’ve heard them all before. For you men out there, saying the same old cheesy lines to a woman, isn’t going to work, To keep the record straight, here are some of the most cheesy pick-up lines that have ever been spoken.

No, you don’t, and she doesn’t know you either! You know it and she knows it and when she turns away from you and leaves you standing there, everyone else will know it too!

This is the best line that was ever invented (by a man, no doubt) and it’s the best way for a woman to drink for free all night, then call up her boyfriend for a ride home.

“You are so beautiful!”

Here’s the problem. This may have worked if you were a gangster in the ’40’s or 50’s (not a gangsta in the 2000’s) but it falls on deaf ears now. Every woman, in every situation has been told they are “… so beautiful.” Even if they are the most beautiful woman in the world, they know it’s a line anyway. You’d be better off asking to buy her a drink!

RELATED ARTICLE: 8 Classy Ways to React When Someone is Flirting With Your Man!

“Excuse me, is this seat taken?”

People don’t generally sit alone unless they want to be alone. So, by asking if the seat is taken, one of two things will happen. Either, you won’t be respecting her privacy, and she’ll answer “Yes,” even though you both know it’s not taken, or she’ll answer “No’ and then move to a different seat while you sit at that one.

This may be one of the oldest lines in the book, and it remains as one of the most used, for some reason. Chances are you may get a response like, “Do not enter,” as her sign instead of Zodiac sign. But hey, if you get that response, you’ll know exactly what line not to ask next time.

Any Line That Sounds Cheesy

Let’s face it, cheesy lines don’t get it. If you try to strike up a conversation with a woman using lines like, “Are you a parking ticket, because you have “fine” written all over you,” or, ” You must be tired, because you’ve been running through my mind all night,” is far more likely to get you nowhere fast than anywhere at all.

When all is said and done, women have heard virtually every line a man could possibly say. You aren’t going to impress any woman by throwing a cheesy line at them like, “What’s a nice girl like you doing in a place like this?” It just doesn’t work, and she’s liable to scowl first and turn the other way then even acknowledge your presence. A simple “Hi, how are you doing?” is quick, offers a chance at an instant response and it can lead to a conversation about virtually anything. And that’s the first step when meeting anyone new.
[/nextpage]