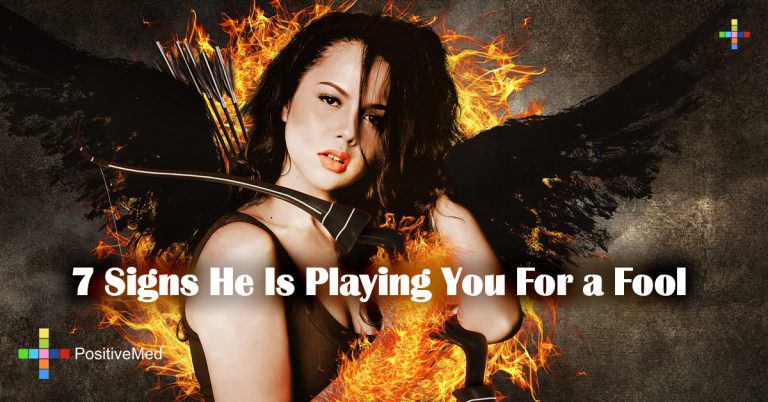 7 Signs He Is Playing You For a Fool

We want to trust our guys and think that they are only up to the most wholesome of activities. However, sometimes things feel off. This could be our imaginations running wild or there could really be some truth to our gut instincts. Instead of checking his phone, watch for these 7 signs that he might be cheating on you.

Ok, some guys are just busy. They have hectic school, work, family, and sometimes religious obligations that might be keeping their hands tied. They want to spend time with you but, things just aren’t going their way.

However, sometimes it’s good to pay close attention if your guy suddenly gets really busy. Here’s a common pattern guys use when they’re cheating.

First of all, if they’re suddenly busier than they were with no good excuse, it’s not a good sign. This might not necessarily be cheating, but it is a major indicator that something is wrong in your relationship.

Second, if he makes the same lame excuse over and over like, “Sorry babe, I’m doing laundry” for days on end, and then just shows up completely devoted to you, “laundry” is probably someone else.

These two signs in combination might suggest that something is going on. It is good to ask him directly if he’s not feeling the relationship. If he’s cheating, he’ll say it’s nothing, or he’s totally devoted to you and, give you no other excuse than what he always says.

Sometimes guys get text messages that are truly emergencies where they have to get up and run off to save the world. This warning sign does not apply to emergency response workers, or people with truly demanding jobs.

If a guy works at Starbucks, has a fairly healthy family, and doesn’t have emergency medical conditions himself, then emergency phone calls shouldn’t happen very often. If your guy says he loves you and, wants this to be the real deal, but he gets more than one emergency phone call a month then something is definitely up.

The best approach is the direct approach. If you ask him directly and doesn’t give you a good excuse to explain his odd behavior, he’s probably cheating.

RELATED ARTICLE: 12 Factors That are Detrimental to Your Relationship More Than Cheating

Lying in a relationship is never a good sign but, if he consistently says he’s one place but, you see him elsewhere it would be best to ask him about it. If he still lies and said you must have seen someone else, he’s either planning a sweet surprise or he’s cheating. Give it time, if it keeps happening approach him again. If he’s still lies he likely has someone on the side.

Finding women’s items that don’t belong to you, his mother, or his sisters may be an indication that he’s cheating. If it’s in his car, it could be nothing. If it’s in his bedroom, it’s most likely something. Ask him about it. If he lies, show him the evidence. Studies suggest that cheaters confess when presented with evidence.

Number 3: Not For You

If you find evidence of him buying gifts that aren’t for you or for a family member, or a close friend that you know about, it’s a bad sign. Ask him what it was for. Follow your heart on this one but, if it shows up in connection with any other suspicious activity it could be evidence of cheating.

If you feel like your man is gushing on about how much he loves you but, he’s really distant and less affectionate he’s either going through some emotional problems, or he could be cheating. Ask him. It may be that he just wants to end the relationship, he’s having a hard time, or he’s cheating. Follow your heart.

If he’s touchy about his electronics, he could be cheating. Don’t invade his privacy by going through his phone but, aggressive behavior about you just touching his phone is a bad sign. Either he’s cheating or he’s a jerk. Either way, let him go.