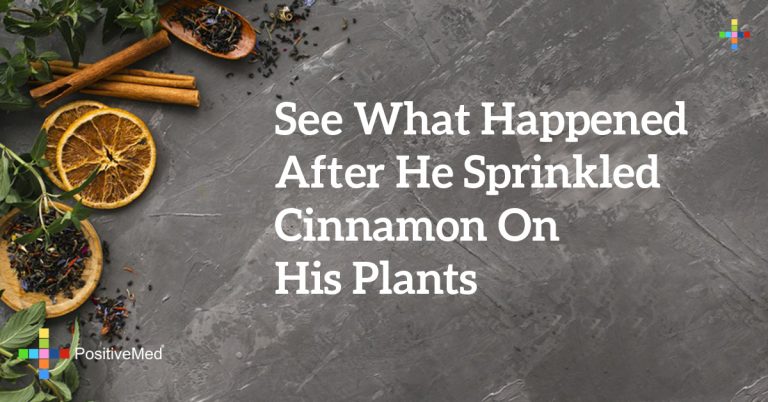 See What Happened After He Sprinkled Cinnamon on His Plants

We all know that cinnamon is one of the culinary world’s big guns. Cinnamon is a star in baked goods, and some recipes add it to savory dishes. People even like cinnamon in their coffee. What you may not know is that many people are finding uses for cinnamon that won’t immediately end up on the dining table.

Alternative healthcare fans use cinnamon and banana tea to help remedy sleeplessness. Studies show that compounds in cinnamon bark can even help to regulate blood sugar levels. Common cinnamon also has anti-fungal properties. It is that antifungal action that makes cinnamon a seedling’s best friend.

One of the most depressing things a gardener can wake up to is a tray full of seedlings that have tipped over and died. It’s enough to turn a green thumb brown. Most of the time when this happens it’s due to what gardeners call “damping off.” When damping off occurs, tender seedlings are attacked by a growth of spores already found in the garden soil. One way to control the growth of these organisms is to sprinkle cinnamon over the tiny plants and the soil they are growing in. The antifungal action of the cinnamon will keep harmful organisms in check and your thumb green. Watch the video to learn more.