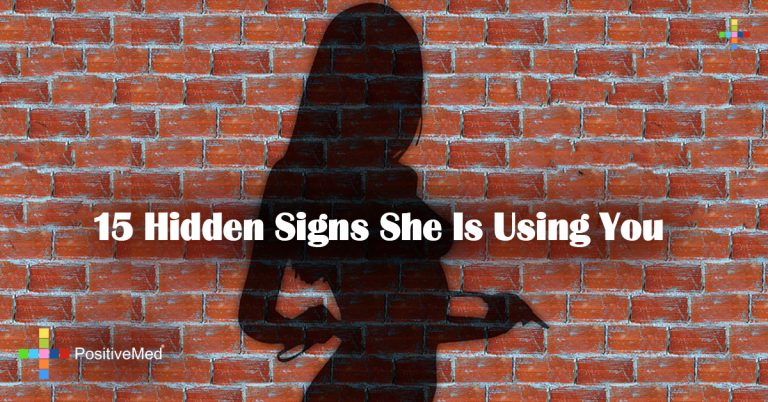 15 Hidden Signs She Is Using You

[nextpage title=”…”]
“Dude, I think she’s taking advantage of you”. You may be hearing that from a buddy this time, but let’s be honest. Other people in your life, including your mother, have made similar observations about the woman in your life. Or rather, women in your life. You do seem to have a problem making lasting relationship connections. And these women that do come into your life do seem to be takers rather than givers. Is it possible that you’re drawn to this type of woman? Are you giving off signals that attract them? And is it possible to be in a successful, loving relationship with someone who invariably takes a mile if offered an inch?

As the Biblical Samson, the “hero” of Macbeth, and the Maltese Falcon’s Sam Spade would tell you, there are a lot of dames out there who would take advantage of a fella. But it’s not fair to just blame the ladies. Men can be equally guilty of this, and both genders who regularly manipulate others into doing what they want have a personality type know as covert aggressive. Psychologist George Simon, who coined the term in his book In Sheep’s Clothing, describes covert-aggressive personality types as individuals who “aggressively and deliberately abuse and exploit” others. Dr. Simon notes that while a covert-aggressive personality type may be outwardly charming, friendly, and loving, these aren’t genuine feelings. A true covert aggressive personality’s objective is get something from another individual by tapping into that person’s sensitivities and vulnerabilities, allowing them to control that individual.

Do covert aggressive personalities move frequently between relationships? Unfortunately, no. Dr. Simon cites an example in his book of a husband who deflects his wife’s complaints about his lack of participation in family time by pointing out how hard he works for the family, and how much he suffers in doing so. The result? The wife guiltily backs off, and hubby gets out of yet another extended family outing. A covert aggressive will happily stay with a “mark” for as long as it suits his or her purposes.

It’s important to point out that there’s a real difference between individuals who occasionally take advantage of another’s generosity, and a covert aggressive, who’s actively trying to control the actions of others. How to tell the difference? Have you been in a relationship with a woman or women in which:

15. She frequently uses seduction to get you to agree to something, or to do something for her.

14. She frequently begs off of commitments or gets you to do something for her because she is too “ill” or “tired”.

13. You seem to lose your cool a lot in her presence while she remains calm.

12. She has a strong sense of entitlement.

11. You’ve never heard her apologize, at least not sincerely.

RELATED ARTICLE: 8 Signs He’s NOT Serious About Your Relationship

10. She also doesn’t seem to have much empathy for others.

9. You’re apologizing to her a lot, though you’re not quite sure what you’ve done wrong.

7. She sees no problems with this relationship. What are you implying?

6. She gives off a strong aura of being self-sacrificing. She’s a saint to put up with you! A saint!

4. And yet, for a saint, she doesn’t take criticism very well.

3. She subtlety shifts blame off of herself in all arguments.

2. She minimizes her negative behavior, and always exaggerates yours.

1. She gets her way every time.

Anyone in a relationship can be guilty of playing one or more of these cards once in a while, but remember, this traits are how these individuals roll. A relationship with a covert aggressive can be quite toxic and do great damage to one’s sense of self-worth. So how does one avoid it?

Covert aggressives can’t pull off their behavior without help, so in your all of your potential dating relationships, be assertive without being hostile, be specific instead of general in your interactions, and never tolerate mistreatment. Following such behavior, a covert aggressive will move on to a more receptive victim, and you can move onto an individual with whom you can enjoy the give and take of a healthy relationship without being exploited.