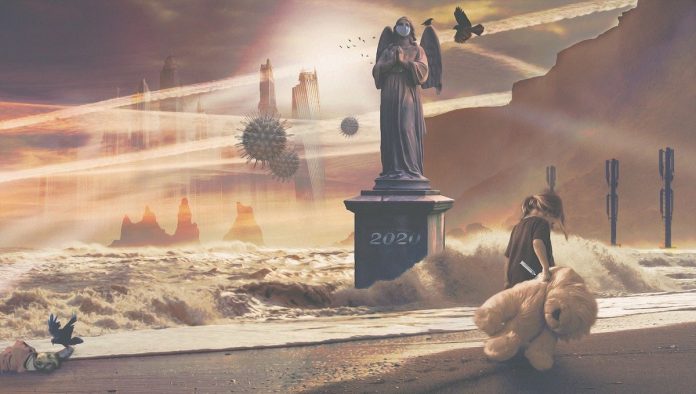 A lot has been said about the relationship between the 5G networks and coronavirus. Some theories are considered conspirative even though it may seem like they have a grain of truth. Let’s dig into it and discover what the world’s widespread discussion is about. How could telecom possibly be related to the spread of a respiratory virus? Is 5G harmful to our health?

According to these convictions, real dangers are being covered up by powerful forces in the global telecommunications industry. What’s interesting, at first it was only a small number of people who believed that 5G is harmful. The situation changed, and this belief spread when COVID-19 appeared on such a massive scale. The world went locked down, and anxieties due to 5G rose. Even celebrities contributed to the diffusion of these theories sharing opinions that there could be truth to it. In consequence, these claims entered into the mainstream.

Some theories say that the radiation from 5G is what’s causing COVID-19 symptoms. Other people believe that 5G is to blame for the rapid spread of COVID-19. They assert that the radiation from 5G can weaken your immune system to the point that makes you more easily infected by the COVID-19 coronavirus. Is it a coincidence that those two “novelties” appeared almost simultaneously?

Rightly or wrongly, people started the rebellion against 5G. As a result, telecoms engineers have been threatened, spat at, and chased down the streets! Phone masts have been set alight across Europe, threatening to cut off vital communications at a time of international emergency. Is it already a panic, or is it still explainable on rational terms?

Which claims are fueling these conspiracies?

Firstly, let’s break down the first rumor. Scientists confirm that COVID-19 is transmitted only via respiratory droplets. They point out that you cannot transmit droplets through 5G waves. That’s good news! The claims that 5G, in any other way, caused the virus, are also wrong. It’s confirmed by scientists from all over the world. The most prevalent and likely of all the theories is the one that 5G degrades the immune system, thus supporting the spread of COVID-19. Well, many of the hardest-hit countries, like Iran with over 114,000 confirmed cases, currently have no 5G infrastructure. The theory of the danger that 5G brings to the immune system isn’t new. The same claims arose when 2G, 3G, 4G, and WiFi were installed. Is there anything more to it when it comes to 5G?

The fear of electromagnetic radiation

5G waves are part of the electromagnetic spectrum. Higher frequency radiation, at the end of this spectrum, does indeed pose dangers. These high-frequency waves are “ionizing”, meaning they can cause internal damage to our bodies if exposure is too great (analogically to X-Rays that penetrate the body, and are used for medical imaging). So is 5G a real threat? Specialists say it isn’t because 5G is in a band of low-frequency waves, just like WiFi. Are we afraid of WiFi? Usually not much. 5G waves are “non-ionizing” – it’s confirmed that this kind of radiation doesn’t cause internal damage to our cells.

If we listen to the science (some of us don’t believe science though), the simple fact is that 5G – the fifth generation of Internet communications technologies, cannot be behind the pandemic, either by spreading the virus or by degrading our immune response. The pandemic has already afflicted over 1.5 million people and killed over 90,000 people. Isn’t it that the technology that is supposed to make mobile and Internet communications much, much faster, is not a cause of it but a significant help to beat it down? Folks on social media are blaming 5G for causing and sustaining pandemics, just as people are accusing Bill Gates (the guy who donated millions to invent the vaccine) of causing it. For some of the arguments, we will never find a response,  but some of them are medically proven.

Another variation of the theory is that there is no COVID-19 coronavirus. In other words, the news we watch daily, testing that people get, and the whole severe acute respiratory syndrome coronavirus 2 (SARS-CoV2), that doctors and scientists seem to be battling, are all part of some elaborate hoax. Well, as for now, let’s try to base it on science and we’ll go through everything.