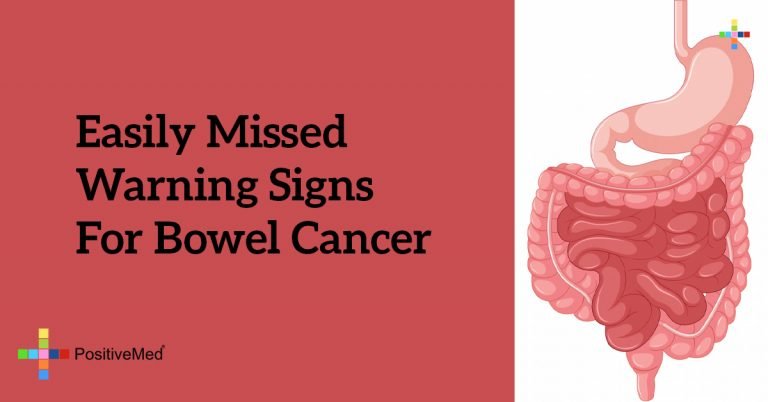 Bowel cancer is a rather common form of cancer that affects over 200,000 people every year in America. This particular kind of cancer can be found in both men and women, with men slightly more likely to be affected. There are numerous warning signs that, if identified early, can help prevent further spreading of the cancer, as this type of cancer is highly treatable. However, the earliest stages of bowel cancer are not typically accompanied by any symptoms.

Most Common Symptoms for Bowel Cancer

The symptoms for bowel cancer will often be painful in nature, which makes them more easily identifiable. The most common among them is blood in the stool, primarily pooling toward the bottom. Any significant change in your bowel movements, whether persistent constipation or diarrhea, can also indicate a possibility for this cancer being present. If your bowel movements transition away from what is ordinary for you, such as more frequent attempts, this could signify bowel cancer. However, these symptoms can also be caused by several other factors. For example, blood in your stool could very well be the product of hemorrhoids, while a change in the regularity of your bowel movements or any type of abdominal pain could simply be due to something you ate.

There are various ways to identify symptoms of bowel cancer, either self-administered or by a medical professional. You can feel for lumps either in your rectum or the stomach. Once you choose to seek medical attention, a doctor will likely press around the abdominal area, searching for any lumps or sore spots. Whether or not any are detected, they will then take a blood sample in order to determine if there is an iron deficiency in your blood. They may then refer you to a hospital for a test or two and further examination. There are also screenings that can detect bowel cancer sooner for older people that are at risk, most commonly those above 60. They are more commonly referred to as colorectal cancer screenings and will be able to detect any problems.

Those at Risk of Contracting this Disease

While the vast majority of bowel cancer cases are detected in people over the age of 60, all ages can be affected. Most cases, nine out of ten, of bowel cancer result in people above the age of 60. If you have a diet that is relatively high in red meat, yet low in the amount of fiber that you should have daily, you have a higher risk of contracting this disease. Those that are overweight, even obese, will have a greater chance of suffering from bowel cancer. It’s also important that you maintain an exercise routine, as people that don’t exercise on a regular basis run a higher risk of getting the disease. Make sure that you cut down on smoking and drinking, as the combination of both of these puts you at a higher risk. It’s also possible that you could contract the disease if your family has had a history of bowel cancer as well. This isn’t exactly set in stone, but it does increase the percentage of risk you have. If you avoid some of these risk factors, this helps in reducing the risk of the disease.

Although the aforementioned signs are not always indicative of bowel cancer, if they persist for an extended period of time, a doctor should be contacted immediately. If you maintain a close eye on any and all of these potential warning signs, then successful treatment will be a much more likely result.