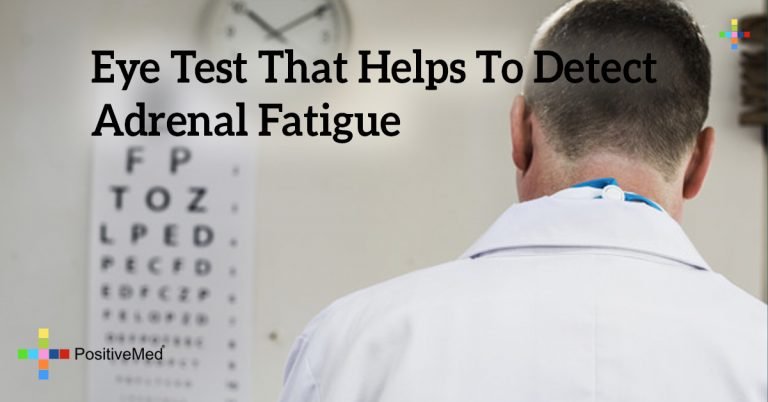 Because adrenal fatigue could be life-threatening and may affect the patient’s quality of life, it is advisable to seek medical attention when the signs and symptoms appear. This helps the patient to receive early diagnosis and treatment, in order to prevent possible complications. One method that is applicable in diagnosing adrenal fatigue is iris contraction test. The first description of this test was done in 1924 by Dr. Arroyo, and it involves determining the efficiency of the adrenal glands by measuring the contraction of the iris when exposed to a weak flashlight. Besides the flashlight, a mirror and a dark room are necessary for performing this test. According to the supporters of this test, an iris that cannot maintain its contraction for a long period of time following exposure to a weak light source indicates that a person has a weak adrenal function.

During the adrenal fatigue iris contraction test, the patient sits in the dark room in front of a mirror for about one minute to allow the eyes to get used to the darkness. The pupils undergo full dilation when exposed to the dark. After sitting in the dark for one minute, the patient turns own the flashlight and directs the light towards the eyes. He holds the light in position for approximately half a minute to allow the iris to contract. For a person with a normal adrenal system, the iris should maintain their contracted size for some time. For those with defective adrenal, the iris quickly goes back to their usual size, which typically takes at most 30 seconds.

RELATED ARTICLE: The 13 Main Signs Of Adrenal Fatigue And Its Natural Treatment

When the results of iris contraction test suggest that the person has an adrenal abnormality, he should visit a doctor immediately for further diagnostic tests to ascertain that he has adrenal fatigue. The tests that the doctor may perform in the diagnosis of adrenal fatigue include cortisol tests, which involve measuring the level of cortisol hormone through a blood, urine or saliva sample; thyroid tests, which include thyroid function test; and cortisol / DHEA ratio and 17-HP / cortisol ratio, which are applied by integrative physicians. The doctor may choose to carry out a particular test depending on the patient’s condition or preference. After ascertaining that the patient has adrenal fatigue, the doctor will recommend a suitable treatment method including hormone replacement to help relieve the symptoms of adrenal fatigue and restore the normal adrenal function.

Alternatively, the patient can apply certain measures to help restore the normal function of the adrenal naturally. They include eating a healthy diet including anti-inflammatory foods; exercising regularly, which enhances hormonal balance and metabolism in the body; changing sleep habit, which helps regulate the production of cortisol in the body and enhance hormonal balance; and practicing stress management techniques including deep breathing exercises, meditation and sharing the cause of stress with trusted relatives or friends.

In summary, although the debate as to whether adrenal fatigue is real or not, it is true that persons experience the symptoms of the so-called adrenal fatigue. It is the presence of these symptoms that necessitate medical attention in order to restore the normal function of the adrenals. Prior to making an appointment with a doctor, it is advisable for the patient to carry out a diagnostic test at home and the aforementioned iris contraction test is one such a test. One advantage of this test is that it can be done by the patient himself at home, without wasting time to visit a doctor. It is crucial to be honest with the doctor concerning the results of this test so that the doctor may be able to know exactly how to help the patient based on accurate information.