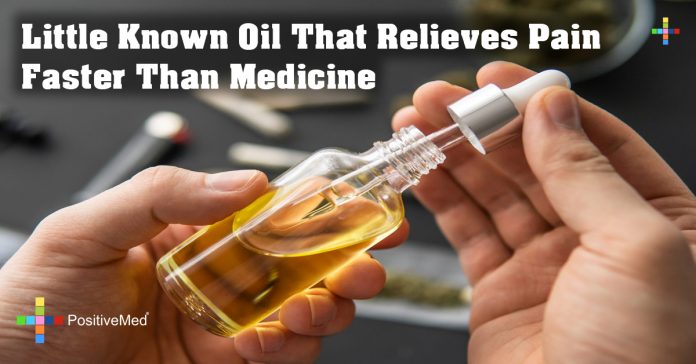 [nextpage title=”…”]
Helichrysum is a medicinal plant that relieves pain and a variety of discomforts. Helichrysum essential oil, also known as Helichrysum Italicum extract, has been shown in multiple studies to lower painful inflammation due to its significant anti-inflammatory and anti-oxidant properties.

A member of the Asteraceae plant family, Helichrysum is native to the Mediterranean region, where its medicinal properties haven been prized for thousands of years. Numerous stories tell of Helichrysum flowers being dried and offered up to the Greek gods in sacred rituals.

Also called the “curry plant”, Helichrysum Italicum earned this nickname due to its yellow flowers and similar fragrance to that of the curry spice. Because of the limited number of areas in which the plant can flourish, Helichrysum can be quite costly. There are many different varieties of Helichrysum oil, with Helichrysum Italicum being the most potent for pain relief.

Modern studies have sought to validate the use of Helichrysum Italicum extract for various medicinal treatments, with particular emphasis on the plant’s natural anti-inflammatory and antimicrobial properties. Additional findings of antifungal, antioxidant, and antibacterial benefits have made Helichrysum Italicum oil an increasingly popular choice for treating infections, digestive problems, and respiratory conditions, as well as aiding in heart and nervous system health.

Helichrysum Italicum oil can be used to treat conditions such as:

A definite bonus of Helichrysum Italica essential oil is its fast-acting pain relief upon application, with Healthy Holistic Living adding that “Most pain relievers have negative side effects. Pain relievers like acetaminophen (Tylenol) wreak havoc on your liver, while ibuprofen (Advil) is bad for your liver. Helichrysum essential oil is non-toxic, non-irritating and non-sensitizing.”

Mixing pure Helichrysum oil with a carrier oil such as lavender to relieves pain along with emotional stress, further advising that “depending on the severity of the pain, Helichrysum can be applied one of two ways. For acute pain such as a burn or a twisted ankle, initially apply the oil undiluted (100% strength) to the affected spot. After the injury has calmed down, you’ll want to dilute the amount you apply to about 20% with a ‘carrier’ oil such as Jojoba (olive oil can also work here). This follow-up treatment can be massaged frequently until the injury has fully healed.”

Helichrysum Italica essential oil has no known side effects, though it’s recommended that you check with your physician or naturopath if taking any blood-thinning medication, as Helichrysum has blood thinning properties of its own that could potentially exacerbate certain wounds or conditions. Helichrysum oil should never be applied to open wounds, as the oil can interfere with the natural clotting process.

When seeking alternative pain relief treatments it’s worth exploring the many benefits of organic Helichrysum Italica oil. With little to no side effects and scientific proof of effectiveness, the oil is finally making medicinal headlines for its numerous healing properties.
[/nextpage]