PositiveMed The Positive Side of Medicine
Home health women's health Not Feeling Desire For Closeness? Your Birth Control Is Killing Your Love Hormone 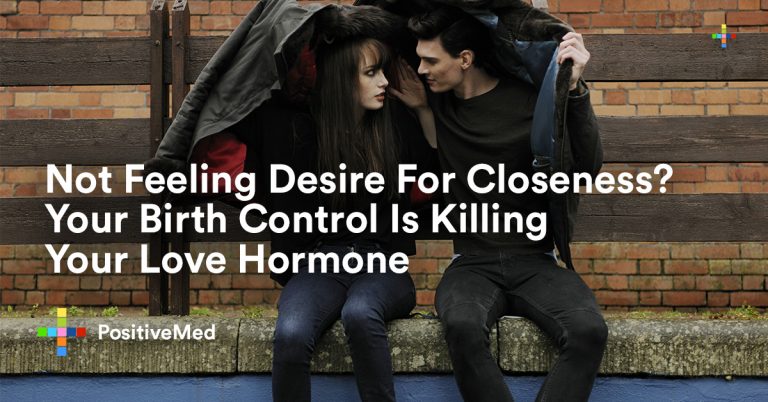 A Surprising Side Effect of “The Pill”

However popular it is, the pill is not free from side effects. Women have reported sore breasts, skin changes, moodiness, and bloating. There is one more surprising side effect as well- a lowered libido. In fact, around thirty percent of all women experience a lowered libido during their fertile years, and experts believe that the birth control pill is to blame

How is it possible that taking the pill can lower your hormonal drive? The answer lies in the ingredients found in the pill. Most birth control pills contain estrogen and progesterone, hormones that prevent your body from releasing an egg from fertilization. These same hormones, over time, thin the lining of the uterus so that should an egg become fertilized, it cannot attach to the uterine wall for a viable pregnancy.

While the hormones certainly do their job of preventing pregnancy, they can also wreak havoc on your desire. The constant flow of hormones suppresses an androgen released by the ovaries known as testosterone which causes strong urges when released in women during a certain part of their monthly cycle. Because testosterone is suppressed in those taking birth control pills, these strong urges cannot occur. This forced steadiness of the hormones means that if you are taking your pills daily, you will not experience the spike of testosterone that causes that special feeling that comes about once a month.

RELATED ARTICLE: All you Need to Know about Birth Control

Additionally, researchers at Bonn University have recently discovered that the hormones in birth control pills lessen the effects of oxytocin, our “feel-good” hormone, which increases when we spend time cuddling or caressing a mate. One of the most recent studies at Bonn Universities found that the brains of women taking birth control did not release oxytocin when seeing the faces of their mates while the brains of women not taking hormonal birth control did release this hormone when they looked at a photo of their partners. Another recent study led to the discovery that women tend to choose partners with more diverse DNA, with a focus on the Major Histocompatibility Complex (MHC) genes when not taking a form of hormonal birth control. These genes play a significant role in the immune system, so choosing a partner with a different DNA makeup ensures that any offspring of that union will be born with healthier immune systems. Women taking the pill tended to choose partners who had a similar genetic makeup to themselves.

In addition to a loss of libido, androgen suppression can also alter reproductive enjoyment. Women taking birth control pills can cause vaginal lubrication during foreplay and closeness. The pill can also, over time, cause vulvar pain. Erosion of genital tissue can cause love-making to be quite painful as well.

How Can I Reduce These Side Effects?