PositiveMed The Positive Side of Medicine
Home Food Health and Food The Strange Affect Of Your Favorite Sports Drink! 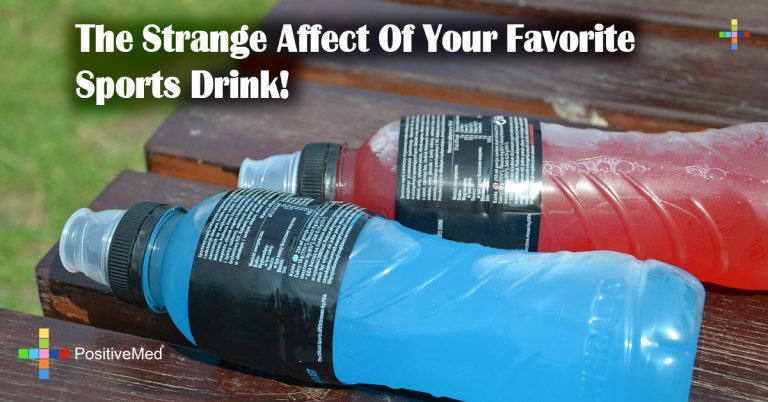 The Strange Affect Of Your Favorite Sports Drink!

You just finished a grueling workout at the gym and what’s the first thing you reach for? If you said a sports drink, you might want to think again. Traditionally, sports drinks were designed to replenish fluids and electrolytes lost during exercise. However, recent studies have shown that they may do more harm than good. In addition, they could also possibly be linked to other unhealthy habits such as too much time spent in front of the tube and even smoking.

We lose a lot of important vitamins and minerals when we exercise. Sports drinks are quite effective in replacing lost electrolytes and helping us stay hydrated.

For those who don’t like drinking, water, Gatorade is a good choice because it’s more flavorful than plain water. There are many different varieties to choose from.

For those who like to go hard in the gym, sports drinks are an optimal way to fuel your body so you have a higher level of endurance. Sports drinks have also been linked to children being more active and participating in sports, which is a BIG positive since many children are glued to their computers and don’t get enough regular exercise.

Unfortunately, most sports drinks contain an extraordinary amount of sugar; as much as 11 teaspoons in 32 ounces! Imagine what you could eat for 11 teaspoons of sugar. Simply put, if you’re only peddling an exercise bike for 20 minutes but chugging a 32-ounce Gatorade, you will probably end up gaining weight instead of losing it. Unfortunately, if you aren’t very active in the gym, too many carbohydrates lead to fat storage.

Another reason to limit your sports drink consumption is the high risk of tooth decay. Given the sugar content, it’s not surprising. Sadly, they also have a higher likelihood of causing tooth decay due to the artificial coloring and flavor.

Precursor to Other Bad Habits

In addition to promoting tooth decay and unwanted weight gain, overconsumption of sports drinks has been linked to other unsavory habits such as smoking and sitting idly in front of the television. According to a study published in the Journal of Nutritional Education and Behavior, out of 2,800 males studied, those who consumed sports drinks regularly, watched an additional hour of television per week when compared to those who didn’t. Astonishingly, not only did 20 percent of teens surveyed say they had smoked cigarettes, but they also were found to play video games four hours more per week when compared to their counterparts who consumed sports drinks less than once a week.

So what’s the best thing to do after working out? Water is always the best option for hydration following any physical activity. If you simply can’t stand the taste of plain water, add some pizzazz to your H2O by adding orange slices or lemon wedges. Fruit-infused water is hydrating and has just enough flavor to keep your taste buds happy.