This Man Overcome His Obesity And Became An Ironman 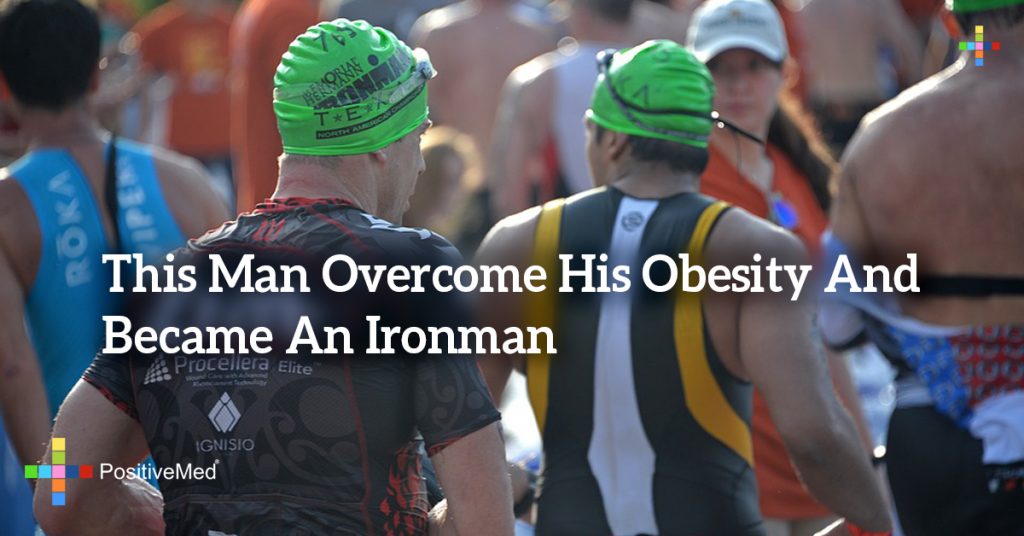 This Man Overcome His Obesity And Became An Ironman

Garth Davis is a physician who changed his life by becoming a self-proclaimed Vegan Ironman. Veganism is similar to vegetarianism, except that instead of avoiding meat as food, vegans do not consume or use any products with animal byproducts as well, including soaps and clothing made from wool. Before he switched to veganism, he was overweight and unhealthy, even though he was a doctor. When he was 37 years old, he decided to take control of his life.

Growing up, Dr. Garth Davis was what he referred to himself as; a “lazy bum”. Despite his laziness, he did well in school. He went to medical school at Baylor College of Medicine and completed his residency. He eventually became a surgeon, specializing in laparoscopic procedures.

He was never an athlete, however; he did play some sports but preferred to just sit on the bench in his comfort zone. As he got older, he got even more lazy. He didn’t take his health seriously.

Dr. Garth Davis was living the way most people in modern society do. He avoided exercises because it was tiring and painful, and instead, found comfort and pleasure in laying on the couch, opting for convenience and consuming large amounts of high-fat and sugary foods.

He began to rethink his life after he started taking note of the improvements in his patients who had undergone gastric bypass surgery. He couldn’t believe how great they looked, and how many of them had gone from very obese, to running marathons and eating better.

RELATED ARTICLE: She Weighed Over 400 Pounds! She Shares Her Weight Loss Strategy Here

Meanwhile, Garth had problems. His cholesterol was high, and he was extremely tired. But he had excuses for everything; blaming them on his age and his demanding job. He comforted himself about his cholesterol problem with the knowledge that there were medications for problems like that. But he thought about his patients and decided he needed a change as well.

He realized that there was not enough emphasis on nutrition when it came to modern medical practices. So he began to study diet ad how it can affect the human body. He was shocked that as a doctor, he didn’t fully understand or appreciate the connection between diet and disease. In medical school, he was only required to take one hour of nutrition education!

So he set some goals and began to change. Before this, he would go weeks without eating fruits or vegetables. But now, he was eating fruits, veggies, and slowly cut out meat, sugar, and caffeine. He began to feel better quickly and began to lose weight. Then he decided to break out of his comfort zone and try a triathlon. He finished a sprint marathon, which is a 500-yard swim, 12-mile bike ride, and a 3-mile run. The level of pride he felt was unmatched. He went on to complete the Ironman Texas, which gave him his new nickname.

His life completely changed after he became a vegan. This has many health benefits, which can be seen very clearly in Garth’s transformation story. He took his own health into his hands and did research, discovering how unhealthy too much meat can be. His story is an inspiration and should be a lesson to all in taking control of one’s health.