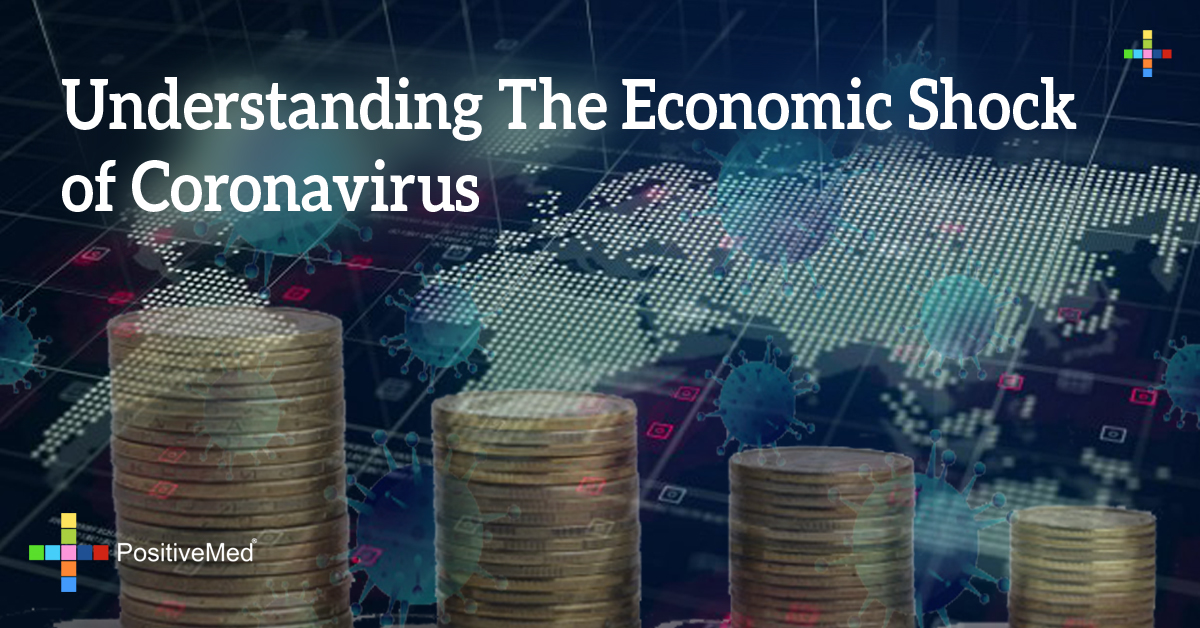 Many U.S. threats have been recently talked through on the newspapers’ front pages. One of them is a health care system, which is not able to cover the upcoming COVID-19 catastrophe among its citizens. Another one is the economic shock or economic collapse, a more complex issue that needs further explanations. Governments around the world force societies to social distancing, which aims at physically disrupting the contagion. However, at the same time, this practice severs the flow of goods and people. What happens to economics, while we are fighting the pandemic over, among human beings? It stalled and awaits the global recession. We can even risk calling this process an economic contagion. It has nothing to do with bats. It’s caused by people.

As the virus began to spread, markets, politicians, and policymakers, well-prepared by the pattern of historical outbreaks, were just wishful about its fast end and were patiently looking forward to it. Unfortunately, economic costs continue to get higher. Predicting the path is impossible since this crisis is unprecedented. Naming a global recession doesn’t bring much clarity to the table. Is the expectation of negative growth all that we can say about the situation right now? Is there any optimistic forecast for a sudden, surprising upside-down trend?

The economic path currently faces shock but will also see some kind of recovery in the future. Returning to the pre-shock output levels and growth rates will be possible one day, at least this is what we want to believe. Or is there any serious scar going to remain forever, a structural legacy from the coronavirus crisis meant to stay?

The only known approach to effectively address the virus infection is the window for social distancing. Unfortunately, it was missed at the beginning, in Hubei province. The remaining part of China made sure not to forget about it. The same in Italy.

The rest of Europe follows governmental restrictions as well since testing has started for good and revealed the real number of infected citizens. In the U.S., still constrained by insufficient testing, the early window was also missed. The properties of COVID-19 are not fully understood and change with time. The true rates of infection are highly uncertain, and the reason for it is mainly limited testing. Therefore, as the disease proliferates, the U.S. will have to make social-distancing measures more and more strict (broader and longer), which will deepen the economic crisis by choking activities at almost every level. We shouldn’t forget that every time we try to put people back to work at a normal pace, another wave of infection becomes a real possibility. Resurgences of the virus in Singapore and Hong Kong are a good example.

The measures of “shock”

3.28 million — unemployment claims in the U.S. is a historically unprecedented figure. Policy delay reactions, firms, and households have a right to feel economically uncertain. The concept of a recession is an unsatisfactory relic. Nowadays, it has to be more of a descriptive measure because of the unprecedented situation. Talking about going from positive to negative growth is not enough to explain what’s going on. In this case, we are talking about a kind of economic “shock”.

In history, there are at least three examples of various responses to the financial crisis. Let’s start with Canada in 2008. Their economic reaction to the crisis had a V-shape form. The country avoided a banking crisis. Credit continued to flow, and capital formation was not disrupted significantly. Avoiding a deeper collapse aimed at keeping the labor force in place and preventing skill atrophy. GDP dropped but then got back to the initial path. The output was displaced, but growth eventually rebounded to its old path. In the U.S., the shock took U-shape.

Growth dropped rapidly and never rebounded to the original track. The growth rate recovered, but the gap between the old and new remains large. U-shape is a more costly version of reaction to the crisis than Canada’s V-shape. Greece reacted with the L-shape trajectory. Not only have they never recovered the prior output path but also the growth rate has declined. The distance is widening, and the lost output is continuously growing. The crisis has left lasting structural damage to the economy’s supply side. Capital inputs, labor inputs, and productivity are repeatedly damaged.