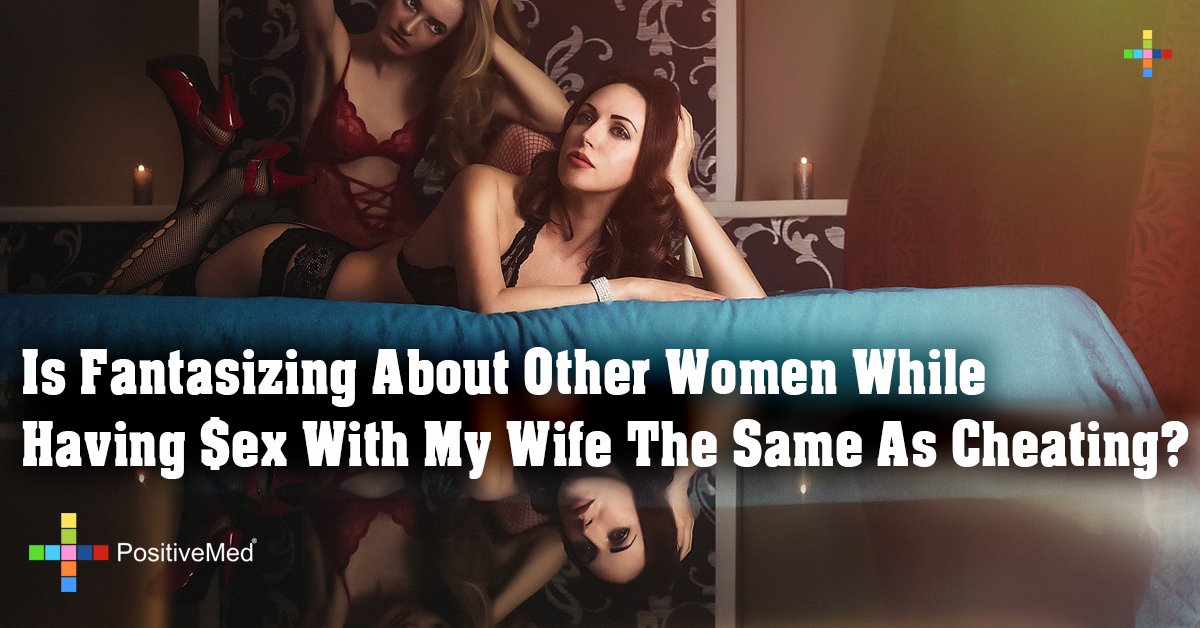 Is Fantasizing About Other Women While Having $ex With My Wife The Same As Cheating?

With divorce rates soaring in recent years, and over half of all marriages severed by adultery, it’s no wonder the mere word “infidelity” strikes fear into our hearts. Cheating ranges from physical adultery including kissing and sleeping with someone other than your committed partner to emotional adultery associated with feelings of disconnection and loneliness. The question remains: Is it considered cheating if I fantasize about someone else?

Research suggests that more than half of all men and women involved in exclusive hetero$exual relationships fantasize about someone other than their romantic partner at some point in time. For men, 46 percent of these fantasies included their partner, while 54 percent did not.

For women, the opposite was true; 64 percent of fantasies included their partner while 36 percent did not. Statistically speaking, it is not unusual for a lover’s thoughts to stray in the bedroom. Despite these numbers, only a handful of these imaginative individuals acted on their fantasies. So, where is the line drawn?

Most mature couples are able to take into account the significant difference between dreaming of someone else and actually acting on those desires. Myths regarding monogamy, however, often distort peoples’ perception regarding this romantic situation. One detrimental legend that has been around for centuries states that humans are naturally monogamous. There couldn’t be a bigger lie.

From an evolutionary standpoint, men, in particular, are not designed to be monogamous. Human men, like all male animals, are instinctually driven to spread their genes as far as possible. Emotionally speaking, remaining with a single partner your entire life is akin to eating the same meal every night. Naturally, you will begin to crave something new.

RELATED ARTICLE: 10 Ways To Keep Him From Cheating

Fantasizing happens more often than we think, and it doesn’t just take place in the bedroom. The romance genre has grown increasingly more popular in recent years and, with adult novels such as E. L. James’ Fifty Shades of Grey earning nearly $500 million, it’s a bit easier to recognize just how popular romantic fantasies are. Enjoying romantic literature is only a problem when the reader begins to develop unrealistic views of romance and outright ignore their partner. Such actions can lead to feelings of isolation and dissatisfaction and, ultimately, the termination of a relationship.

Furthermore, it is estimated that approximately 60 percent of all married individuals will commit physical adultery at least once. These numbers only include those who have reported their infidelity; the true statistics are believed to be much higher. What does this mean for you? If your partner has admitted to fantasizing about another, but has not actively pursued these desires, then congratulations: You’re doing better than 60 percent of married couples. Talk about it and stay compassionate. It’s not simple for someone to confess to something so frowned upon by society.

The key to any flourishing relationship is communication. Always strive to understand your partner. If your significant other confides in you regarding their fantasies, do not respond with anger; doing so will only increase the likelihood of future dishonesty. The biggest distinguishing factor as to what qualifies as cheating differs from couple to couple. Romantic partners should always clearly establish what is and what is not acceptable from the start to ensure the happiest and healthiest outcomes.

The vast majority of people involved in exclusive relationships have admitted to fantasizing about someone other than their partner at least once; is this considered cheating?